Explained: Who Dean Smith can pick to replace Alan Hutton for Aston Villa 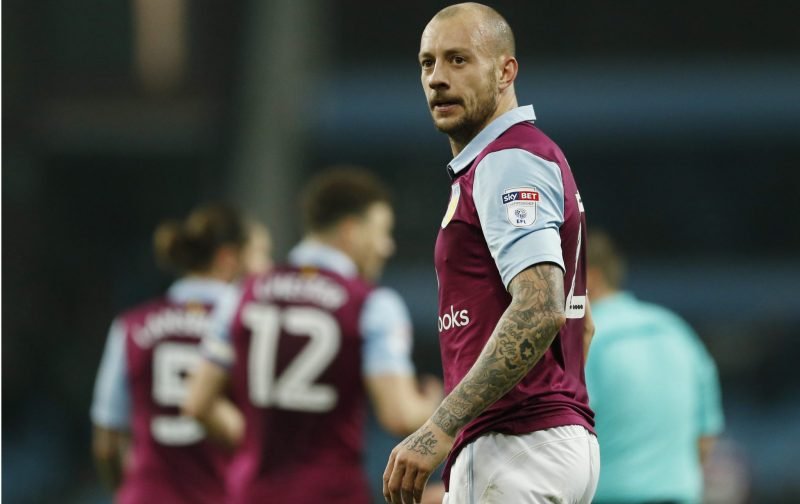 Alan Hutton suffered a serious knee injury in Saturday’s 1-1 draw with Stoke City and could be ruled out for the remainder of the season. Aston Villa have four fit and available right-backs (Hutton, Ahmed Elmohamady, James Bree, Axel Tuanzebe) at the start of the campaign but now they only have Elmohamady to last them another three months.

Tuanzebe has been sidelined with a foot injury since mid-December and isn’t expected back for another five weeks. Bree was loaned out to Ipswich Town in January and will spend the rest of the season at Portman Road. That leaves Elmo as the natural option at right-back ahead of Villa’s clash with Derby County on March 2.

The 31-year-old hasn’t been at his best this season despite scoring an impressive six goals in 27 games. Elmo is a hard-working player, but he struggles both defensively and offensively. He only blocks one cross every 217 minutes and has only created four chances in his last 10 appearances.

Elmohamady has only made seven successful dribbles (37% success rate) in his 27 outings too and has managed just one accurate cross in 11 games. Unfortunately, Smith doesn’t have any better options in the first-team than the Egyptian international until Tuanzebe returns.

Report: Aston Villa ‘very keen’ on 23-tear-old, Smith to replace duo who will exit in May