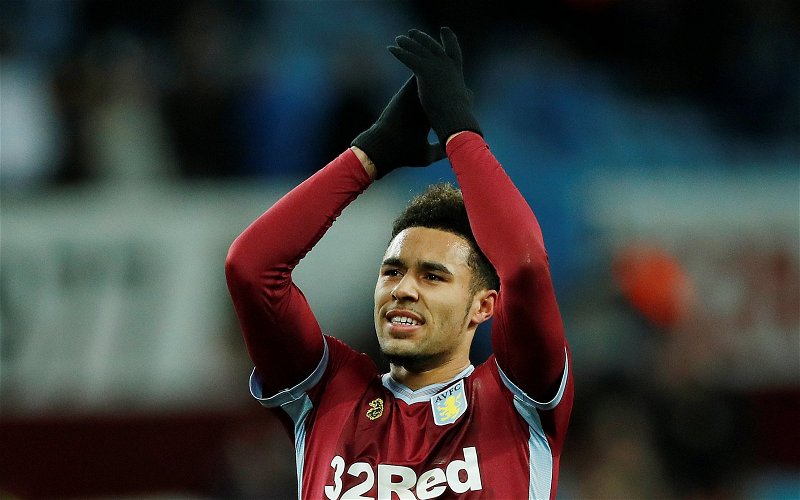 Andre Green impressed in Wednesday night’s 3-1 win over Nottingham Forest and was lauded by some supporters on social media. Albert Adomah made way as Dean Smith handed the 20-year-old a rare start on the wing and he would have been pleased with Green’s performance over the 90 minutes.

Green has put in a good performance tonight. Looks to be growing in confidence, which is good to see #avfc

Great team performance tonight. Especially McGinn, Grealish, Green & Elmo. #3g And as much as I loved him as #AVFC manager, it’s great to put one over MON. #coyl #vtid #deansmithsclaretandbluearmy #ONWARD

Quality win again! Thought Grealish, McGinn & Green were great tonight. Also, they get alot of stick, but Elmo & Taylor did a decent job. Everyone put a shift in though! Forest a decent team, so well happy with that win! Onto the weekend lads!! #AVFC

Class showing from Villa tonight from back to front. Hause was incredible & what a showing from McGinn and Andre Green. 3-1 flattered Forest tbf, a hard place to go and get a win so comprehensively like that. Great evening. Villa fans immense too. #avfc

#avfc display akin to that v Boro. Much more poise & control than v Blues despite conceding to Forest’s 1st attack & an effort which was a cross. McGinn the driving force, deserved a 3rd. Hourihane & Green confident in possession. Back 4 solid. Grealish composed. Abraham lively.

He made 47 touches, 27 passes with 71% accuracy, three chances, three successful dribbles and won three aerial duels. The England u20 international completed 66% of his crosses at the City Ground too. Wednesday night’s clash with the Reds was only Green’s third start in the Championship this season and he could be in line to start against Middlesbrough on Saturday.

The winger has made 12 league appearances for Villa, scoring one goal. He’s made four chances, nine successful dribbles and has whipped in 20 crosses. Green spent the first-half of the season on loan at Portsmouth (12 appearances, five goals, one assist) before returning to Villa Park in mid-January.

At the start of the season, Green had Yannick Bolasie, Albert Adomah, Jonathan Kodjia and Anwar El Ghazi for competition, but he’s now climbing the pecking order and could nail down a starting place for a run of games. Villa could finally move into the playoffs if results go their way over the weekend.

Smith’s men are only two points adrift of the top-six with nine games remaining.