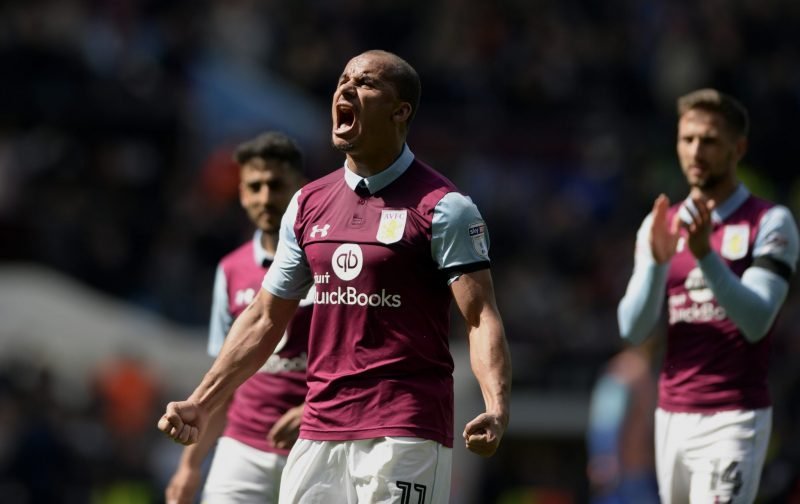 Some interesting comments from Gabby Agbonlahor in a Birmingham Mail article.

He has told a fan on Instagram that he’ll be sitting in the Holte End with the rest of the Villa fans in the derby match v Blues this month.

He has also opened up as to why he’s not playing for any other Championship club. Similar to how John Terry felt about not wanting to play against his former team Chelsea, Gabby says he couldn’t face lining up against us.

Gabby, who some say retired – apart from the local derby matches – many seasons ago – said he just couldn’t picture lining up against the club he was at for 13 years and supported as a kid.

“That’s put me off a lot. I’ve had a couple of offers from the Championship but after being at Aston Villa for so long it’s not really something I’d want to do, play against them.”

He goes on to say he’s not ruled out playing abroad but has to take his young family into consideration.

“You can’t rule it out in the future but I think England is definitely off the market. If I play on it will be abroad.”

I love this reaction… Gabby is infamous for scoring against Blues as you know!

Probably still score against them

And an ‘ouch’ reaction!

It is such a shame though, Gabby started so brightly but he did seem to totally lose his way, not sure if that was just too many injuries or what. Still, now he’s gone, we can at least remember some of the good times, mostly v Blues can’t we?!