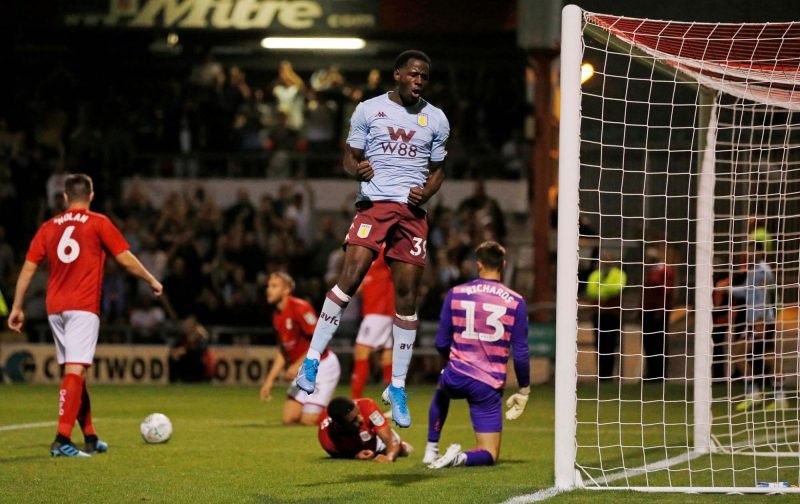 Following a reasonably impressive performance against Wolverhampton Wanderers in the midweek EFL Cup fourth round clash, there was certainly disappointment when young Aston Villa striker Keinan Davis limped off in the 50th minute.

Fans knew we wouldn’t see the 21-year-old in the team for Saturday’s Villa Park based clash against Liverpool, but head coach Dean Smith certainly had praise for the lad as he spoke about him ahead of the game to the Express and Star.

“Keinan is obviously disappointed because knows he was getting closer to starting a game. But it is football and it happens, you get knocks and it’s all about how you deal with it. He’s a strong lad and he knows we have lot belief in him. We believe he’s got the potential to become a really good Premier League centre-forward.”

With the ongoing debate about whether summer signing Wesley is justifying his starting spot – despite the four goals and one assist he’s returned so far – plenty feel that when Davis has come on the pitch he’s certainly been more mobile up front and worked the defenders harder playing as the target man, and those who wanted to see him take a bigger role in the first team will be buoyed by Smith’s words about him getting closer to his first Premier League start for the 2019/20 campaign.

With it expected that he’ll be out for around the next month, hopefully, he hits the ground running again when he returns to fitness.