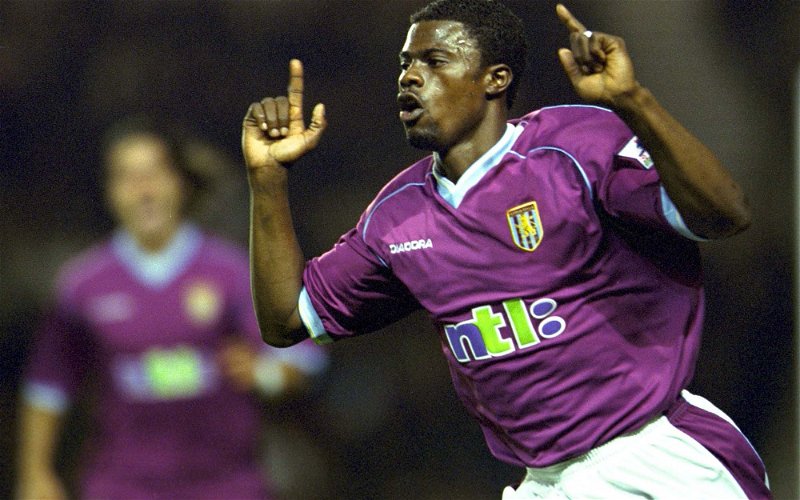 With plenty of changes at Aston Villa in the last 12+ months following the arrival of new owners Nassef Sawiris and Wes Edens, one area of the club that has seen significant change is at the Academy level – and this week we welcomed a former player back as we further focussed in on developing our next generation.

Former midfielder George Boateng returned to Bodymoor Heath on Monday morning as our new Under 18 assistant coach and he’ll back up head coach Richard Beale’s work at that level as we continue to restructure and reshape our Academy.

"To be Assistant Coach for the U18s is perfect for my development. It's engaging, active and they're long hours – which I enjoy. If I have a day off, I can't wait to get back in!"

The now 44-year-old arrived at Villa back in the summer of 1999 for £4.5million from Coventry City, and he went on to make a total of 135 appearances for us before he, unfortunately, made the switch to Middlesbrough and the Riverside Stadium in 2002.

I would imagine he’s still fondly remembered by most though, I certainly do and speaking to the Official Site as he made his return, it seems he has an eye on management in the future, but knows he has to put the hard yards in first and for him, there’s no better place to learn his trade than back with us.

“I made a decision a couple of years ago and knew if I wanted to be a good manager or coach then I need to learn my trade. It’s the same as when you’re playing – you can’t just begin playing in the first team. You have to learn, all aspects of the game. I spent a year at Blackburn Rovers, coaching the U13s through to the U18s. To be Assistant Coach for the U18s here is perfect. It’s a club I know well and working with a specific age group. It’s a combination that focuses on performance and development. It’s perfect for me in terms of the way I want to develop as a coach.”

Hopefully, it’ll be another good addition for us at that level and with head coach Dean Smith demanding more from the Academy in the future, Boateng will play his part in helping them achieve just that.