Inept? Clueless? Is time up for Dean Smith? 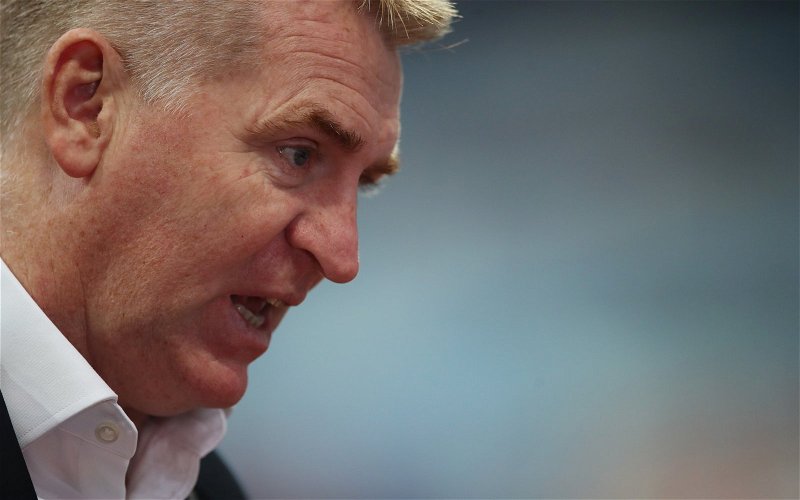 There seems to be an increasingly heated and polarised debate in the Dean Smith discussion thread in the Vital Villa forum. Most seem to appreciate the bigger picture, with Dean’s achievements in securing promotion, survival and the flying start to this season demonstrating significant progress from where he found us, 15th in the Championship and drifting aimlessly.

On the other hand, there is a vocal minority who want Dean replaced, and the sooner the better. “Inept, clueless, talentless” are accusations levelled against him, with team selections and substitutions repeatedly called into question.

This kind of stuff strikes me as a massive overreaction to a spell of poor form. No one could have seen us making the start we did and it boosted expectations and caused many to get carried away – the media didn’t help with talk of Champions League or Europa League challenges.

We’ve dipped, for sure, but we are where most would have expected – a mid-table team with inconsistent results and performances, but definite progress from being the relegation fodder of last season.

There’s no question, however, that the wheels have come off since the turn of the year. Aside from a magnificent first half against Burnley and a devastating last 20 minutes against Fulham, there has been little to celebrate as performances and results have waned from the early season bounty.

We can argue the toss over why – Jack’s injury? The covid outbreak? A limited squad pushing too hard, too soon? Dean Smith’s limits as a coach? Or his seemingly unflinching faith in Ross Barkley finding some form (or even interest)? All fair game for discussion. But the forum debate (as with much in life these days) has turned pretty binary – Deano: in or out?

This post from forum regular Villa4Ever struck me as one of the more balanced perspectives, and I thought it was worth sharing for those who don’t normally dip into the debates.

Deano will get criticism for getting it wrong which he has done lately, and he’ll get praise when he gets it right, like the changes against Fulham.

I think it’s normal for fans to get frustrated at recent performances, we started off as one of the best teams in Europe and we were playing like one as well. I didn’t dream it!

We looked threatening every time we had the ball – 20-25 shots per game – and we looked unstoppable: whatever Deano was doing it was working. The form from the end of last season carried straight through, even in the friendlies, beating Arsenal and Man Utd.

We deservedly beat Liverpool, who were lucky it wasn’t double figures; we smashed Arsenal 3-0 away, got hard fought draws against Chelsea and Leicester and the Manchester teams both got very lucky and cheated their way to wins.

I remember the old heads on the forum saying this form will drop and we’re playing well above our level. I didn’t quite believe it myself – we were on fire, how could we play this well consistently game after game?

We still have the third best defence in the league, which in itself is a massive achievement for a team who were sinking goals left right and centre last season.

Konsa has the most blocks in the league, Martinez will equal Friedel’s record with one more clean sheet and Mings is an England international. With the cockups, he is big enough and man enough to pick himself up and sort himself out, coming out the other end as a better experienced player for it. He’s still learning his game in the Premiership really, a late bloomer. Targett has gone from zero to hero this season, probably the most improved player and for me he’s got to be on the verge of a call up himself alongside Cash and Konsa.

So massive, massive credit to Deano for getting that right and sorting us out defensively.

I’m sure he’s scratching his head himself: how we can play this badly after getting it so right to start with? I’ve been saying he’s been making really poor choices in terms of making a change on the bench and not really giving any other formation or tactic a go – he seems really stubborn in that department.

Dean Smith: In or Out? 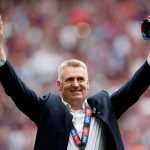 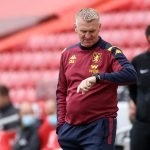 I really hope he’s just giving smoke in the media with transfers this summer, giving fringe players such as Trezeguet (now injured), Traore and El Ghazi a lift that they’re still apart of the plans and that it’s up to them to play themselves into form and keep the shirt.

Although we’ve got a recruitment team for a reason, Johan Lange will be fully aware of what we need. With a decent transfer window this summer and with better players on the bench to actually change the game (rather than swap players for like for like), I’m sure Deano will use the bench more and hopefully we’ll have new faces in the starting 11 too.

Previous Article by JPA – Time to rediscover our ‘mojo’

Get involved in the forum debate (strong views and more colourful language).