Is This How The New Owners & CEO Want The Lifeblood Of The Club Talked About? Empty Seats M’Lord 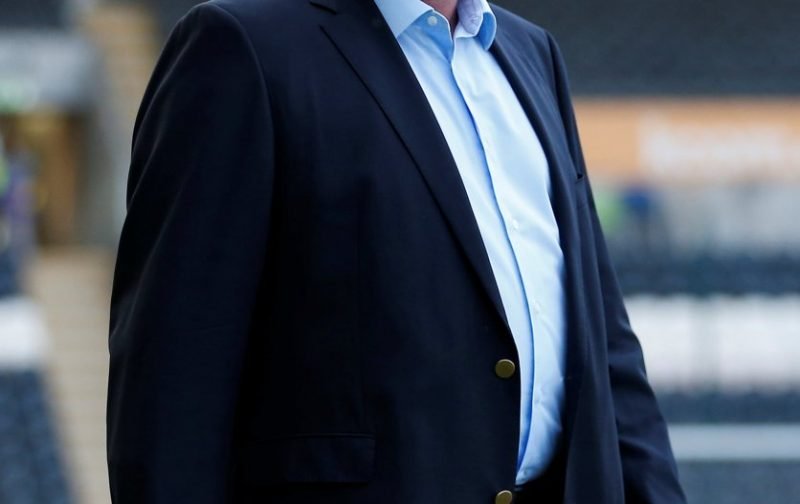 And here we go again. One unconvincing win v a very poor Rotherham United and Steve Bruce has a go at the fans who have been genuinely worried about our turgid football and poor results.

Why oh why doesn’t he just do his talking via his results? Probably because they aren’t good enough.

Can all Villa fans and local press please note – to enter Villa Park in future, you will need to bring a certificate with your IQ test results. Only fans suited to the manager's superior intelligence will be permitted.

And a reminder, this is the run we have been on that he is crowing about: The Shocking Truth About Aston Villa’s Form Since The Great Win v Wolves

After beating one of the weakest away sides in the division, I knew he would come out with digs at the fans ( who have the audacity to be underwhelmed by his tenure) and a journalist who composed a very fair summary of his time in charge.

And this from a fan who has been a supporter of Steve Bruce.

I think his latest comments show a total lack of empathy to how the paying customer feels and in fact shows complete arrogance and disregard to his own failings.

NO manager gets to rate us fans, we are the lifeblood.

As said, not only is he having a pop at the unintelligent amongst us (how dare he when he plays the most unintelligent old-fashioned football) he also takes a swipe at the local press as well. The same press who get berated on social media for not having a go at Bruce!

So bitter, so out of order and all that whilst his football is totally ‘so what’.

“The most intelligent people will see through all the nonsense and realise that we’ve got the makings of a decent team.”

He then goes back to the old party line, there are always high expectations at Aston Villa and calls for ‘a bit of common sense” because if not, the nonsense apparently filters to the mad few.

Maybe the expectations are just a bit higher than you are capable of delivering Steve? Couldn’t be your tactics, or lack thereof, are outdated and your coaches are coaching the life out of these players could it?

Maybe all that is about to change with the loan signings and the fact we’ve finally moved to two up front, I hope so, I genuinely do. But I’m almost ‘out’ when it comes to waiting for everything to click.

He does go on to acknowledge ‘the vast majority’ of fans are behind them and he can feel that in the stadium.

Ok. So why not stop going on about the minority then? Why so defensive?

“Yes, we had a bloody awful performance at Sheffield, it happens. Thankfully we’re back on the road again and we’re now into sixth.”

“Hopefully it shuts a few of them up but I doubt it.”

Is this the way the new owners and CEO want their manager talking about the customers of Aston Villa? It’s not the sort of rubbish I want to hear I have to admit.  The amount of empty seats said it all last night.

Bruce… The only manager in the whole world that can make a victory taste bad. Taking a pop at the fans for beating a side who isnt good enough for this league (no disrespect). The sooner he leaves Villa and the game as a whole, the better. Should have retired in 1996. #bruceout

actually staggered to hear him say that. he hasn’t been criticised in the local press…..ever. that’s the problem ffs ????????????
he’s here long term isn’t he? let’s face it. he’s not going anywhere.

As always, lowering expectations. How can you be very pleased with that? Yes, happy we got the 3 points, but we played a bang average side who offered nothing. No disrespect, but they are the worst side I've seen in this divison and we had two shots on goal. #bruceout #avfc