Loanees Return To Villa As The 2021/22 Campaign Closes 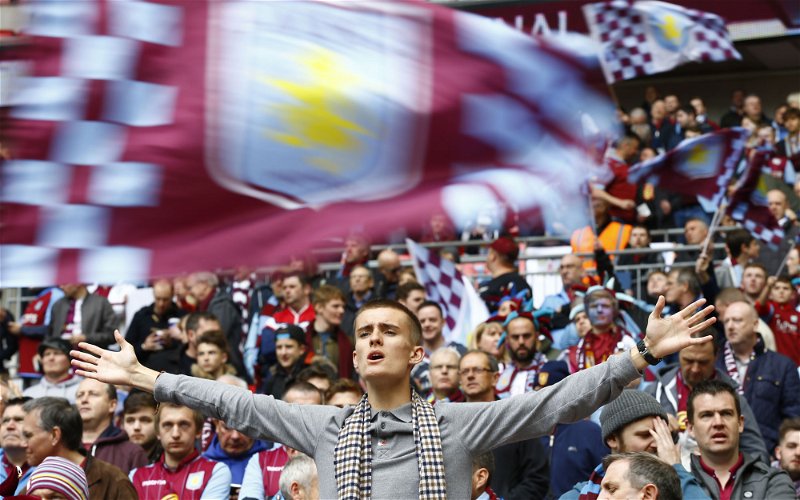 Despite all the excuses and reasons that can be validly offered for Aston Villa’s poor performance under head coach Dean Smith, and then a failure to really improve that much under new head coach Steven Gerrard – 2021/22 has been a poor and frustrating season for fans.

With incredibly quick signings of Philippe Coutinho, Boubacar Kamara and Diego Carlos, there is obviously hope for significant improvements in 2022/23 and some of that improvement will undoubtedly hinge on which youngsters have caught Gerrard’s eye – and we had a number out on loan during this last campaign.

So with seasons at a close across the English pyramid and Europe, and relevant Play Off Finals completed, here’s how our lads out for experience faired.

32-year-old goalkeeper Lovre Kalinic had again returned to Hajduk Split for the season. He made 31 starting appearances for them.

Midfielder Finn Azaz was actually a summer capture from West Bromwich Albion, and he immediately headed out to League Two side Newport County for the year. The 21-year-old made 37 starting appearances, with another eight showings from the bench. He opened his goalscoring account in September’s clash with Barrow, added a second in October’s 5-0 victory over Stevenage, picked up his third in a 2-1 defeat of Port Vale and added his fourth against Tranmere at the weekend. With the season now over, he hit seven in total, picking up plenty of plaudits along the way.

Versatile defender Seb Revan headed out for his first taste of life on loan and joined Grimsby Town for the remainder of the campaign. The 18-year-old made his starting debut for them at the end of August in a scoreless draw with Stockport County and he made three starting appearances, with a further four starts from the substitutes bench. Having been recalled in January, he headed back out to Hereford, making his debut in their defeat to Gateshead and he made 24 appearances in total, scoring once in his final game for them.

Having been recalled after the City game, he headed back out to MK Dons and he made his debut for them against Fleetwood Town, scored his first goal in the victory over Charlton and racked up an additional 15 starts with two substitute showings.

20-year-old Tyreik Wright headed to League Two Salford City as he looked to build on his experience last season with Walsall. The versatile attacker made eight starting appearances, with ten showings off the bench. He opened his goalscoring account in their game with Newport County at the end of August, but he was also recalled in January and headed back out to Colchester United. He made a further five starting appearances, with seven substitute showings, returning one goal.

Midfielder Arjan Raikhy headed to National League outfit Stockport County, and the 19-year-old made five starting appearances, with three substitute showings to his name. He was very impressive in their FA Cup clash with Bolton which Aunty Beeb screened back on November. He was recalled in January and headed back out to Grimsby Town. He made an additional five starts, with three substitute showings, including coming off the bench in the Play Off semi final victory over Wrexham – the final is on June 5.

Wesley did continue his rehabilitation from Ben Mee’s horrific assault back at Club Brugge. He joined them until the end of the campaign, but only made one start and four substitute showings. Having been recalled, he headed back out to Internacional and he made eight starts, with five more appearances from the bench – scoring once.

Conor Hourihane also left on loan again, this time for Bramall Lane and Sheffield United. He was with them until the end of the campaign wherein his contract will come to a natural end. He made 16 starts and 15 substitute appearances, scoring once.

Freddy Guilbert headed back to French side Strasbourg for another season long loan and he made 28 starts with five substitute showings.

Anwar El Ghazi headed to Goodison Park and Everton and so far he made two substitute appearances for them.

Cameron Archer penned a new deal and headed for Deepdale and Preston North End. The 20-year-old made 18 starting appearances, with two showings from the bench, scoring seven times.

Keinan Davis headed across the Midlands for a spell with Nottingham Forest. The 24-year-old made 18 starts with four substitute showings, scoring fives times and putting in a great performance against Leicester City in the FA Cup and the Championship Play Off Final, more than playing his part in Forest’s return to the Premier League.

The lesser known Chukwuemeka, 20-year-old Caleb, headed to Scottish Premiership side Livingston. He made two starts with seven substitute showings.

Aaron Ramsey headed out for a spell with Cheltenham Town and he made nine starts, with six further showings from the bench, scoring once.

Matt Targett made a swift exit to Newcastle United and he made his starting debut in their clash with Everton. He made 16 starts in total.

Goalkeeper Jed Steer also made a late switch out and his destination was Luton Town. He made his starting debut for them in their FA Cup victory over Cambridge – and he made a total of five appearances, keeping three clean sheets.

Fellow stopper Filip Marschall headed out to Gateshead, the youngster made 19 appearances for them, helping them to 13 wins and four draws. They only lost twice with him between the sticks and he even chipped in with an assist.

As he looked to get himself back to full fitness, Trezeguet headed to Turkish side Basaksehir. He grabbed an assist on his debut, and made 13 starts, with six goals to his name.

I believe that was everyone for the season.