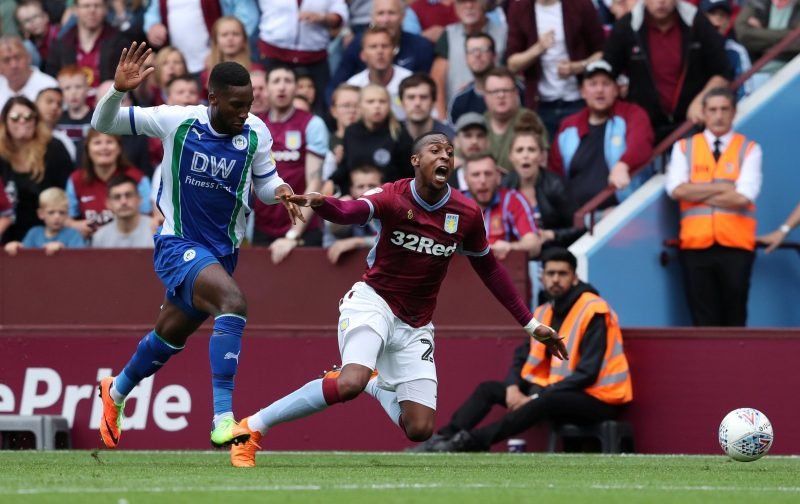 With frustration being the main takeaway from the weekend’s draw with Reading at Villa Park as a late equaliser for the visitors saw us drop two points from a game we rightly should’ve won given the chances we had, the performances of a couple of players were always going to picked on when it came to social media.

Having not taken all three points on the day, Jonathan Kodjia’s own showing was always going to rankle with some as following his brace in the previous game, the expectation suddenly became he was back on fire and form and wouldn’t look back, but football is never that simple and whilst his confidence would’ve been boosted, some hangover from his lengthy spell out injured is going to remain until he gets through at least ten games this year. If not potentially slightly more.

Now, there’s no doubting his performance was sub-par, but I fail to see how it’s suddenly become the end of the world again.

I also fail to see, given the improvement on show, how this turns into another round of anti Steve Bruce ramblings but some have already drawn their lines in the sand and there would still be gripes if we topped the table and had won every match as you can never achieve perfection – especially if nothing is ever good enough anyway.

Said as soon as Taylor came we would concede ???? Gutting though, another team we should have finished off easily but rode our luck and let the opposition have the best chances. Kodjia was just lazy for the last 20 and should have come off for RHM. #AVFC #UTV

We will not go up with Bruce. We have no plan or approach. We just hope the individuals gets us over the line. Today was no different.Great cross from El Ghazi to Elmo,but it wasnt part of a plan. Elmo didnt go in the box before or after that.Just coincidence.Everything is #avfc

Its like having 10 men with kodjia at times! If the ball isnt withing a metre of him hes not interested! He was killing us up top last 20 mins! How bruce didnt see he was shattered is beyond me!

Kodjia running round like a headless chicken team want a centre forward https://t.co/6fDxuvEM09

How to not kill a game by Aston Villa. Kodjia awful, Adomah useless. #avfc

Hi @J_Kodjia
Your attitude is abysmal, hang your head in shame. No ones bigger than the team.

Getting sick of this. We're losing points because we're playing a midfielder in defence.

Why is Bruce allowed to make decisions to the detriment of the club?

Stubbornness is a red flag for me.

There's a very easy way for us to be doing better. Owners shouldn't be happy. #AVFC

Completely agree????
2nd half Kodjia was too lazy and we couldn't really create many chances

@J_Kodjia what happened today Jon didn't see much of you maybe you forgot how to run ????

Some very valid criticisms in fairness, also some massive overreactions and there’s plenty more if folks want to look for themselves.