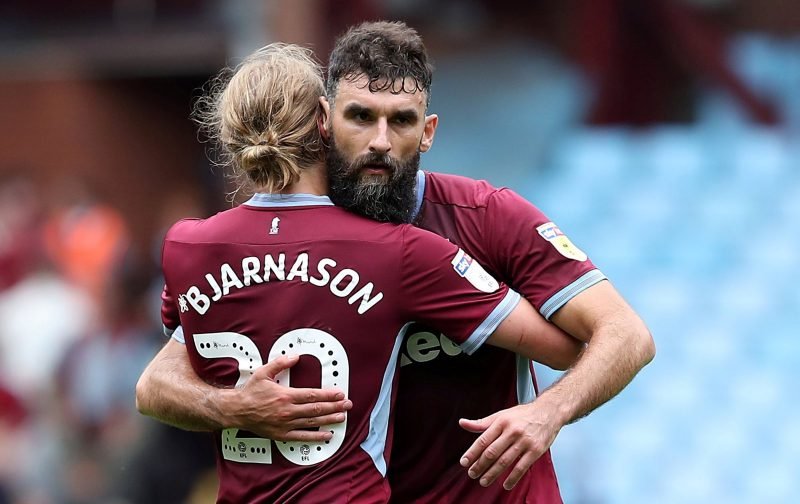 Birkir Bjarnason was an unused substitute for Aston Villa in Saturday’s 1-1 draw with Stoke City and his future under Dean Smith appears to be uncertain due to his lack of opportunities in recent weeks. Since facing Hull City on January 19, the 30-year-old has been left out of the starting lineup and has been excluded from the matchday squad on three occasions too.

Even Mile Jedinak has been given an opportunity ahead of Bjarnason recently. The Australian international played 66 minutes against Sheffield United on February 8 – his first start since September – and inevitably put in a below-par performance due to the lack of activity. Jedinak hasn’t featured since, but his inclusion earlier this month suggests he’s ahead of Bjarnason in the pecking order.

The Icelandic international has made 15 appearances this season, scoring two goals. He’s made only two tackles in his last six outings and has made just one interception since August. Bjarnason has given away seven fouls in his last three appearances, so Smith perhaps feels he has better options available. He’ll turn 31 in May and could be allowed to leave if a suitor meets his asking price.