Out Of Favour Villa Striker Completes Move To Promotion Rivals 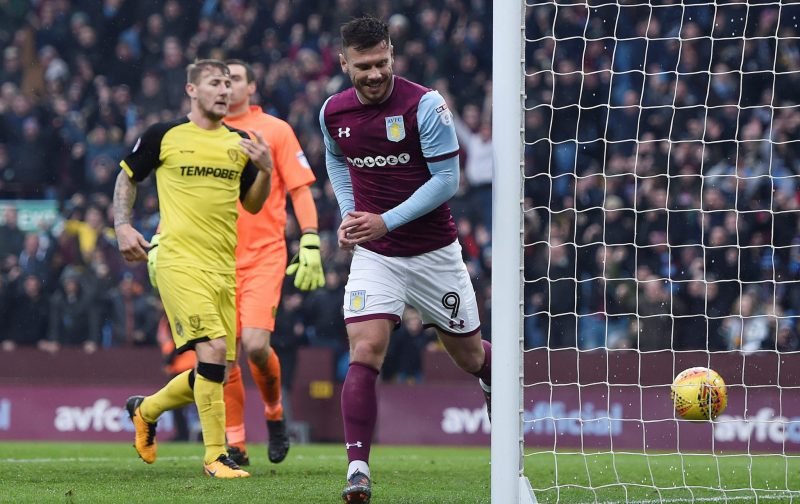 Still not sure how I feel about this one, but Aston Villa have confirmed this morning that striker Scott Hogan has completed his loan move out to fellow promotion hopefuls Sheffield United.

The 26-year-old former Brentford hitman has struggled at Villa Park following his reported £9million (rising to £12million) deal back in the January 2017 window and the Republic of Ireland international departs, at least temporarily, with 32 starting appearances to his name, a further 29 showings from the substitutes bench and in that time he’s returned ten goals.

With injury interrupting his life at B6 ‘Sod’s Law’ states he’s now going to find form and his scoring boots at Bramall Lane and whilst (like me) aren’t best pleased that he could now help fire them to promotion, given the form of Tammy Abraham and Jonathan Kodjia behind him, we have to hope Hogan helps us out and ensures they take points off others in the mix so we get that boost.

With his best form coming under head coach Dean Smith at Griffin Park, whether or not fans should read into this loan move as being anything other than an opportunity for game time is open for debate, and I guess that topic will be revisited in the summer.

Villa’s short but sweet confirmation simply states it’s a loan move until the end of the season.