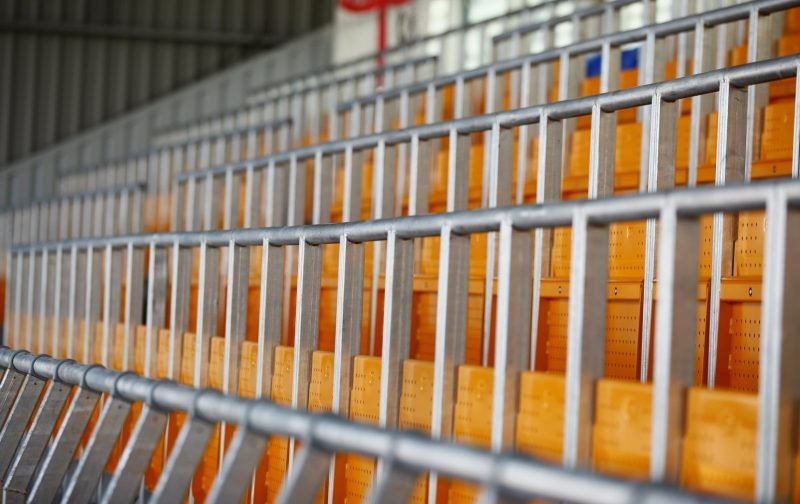 One of the great experiences growing up was the ability to stand up at a football match. The clicking of the turnstile, the jostling and pushing, getting your elbows out as you made your way through the archway and on to the terrace, making your way to your vantage point of choice.

A barrier to lean back on, or a barrier in front to stop yourself getting carried away (literally) when Peter Withe scored just yards away from you, and the Holte End moved almost as one towards the celebrating players on the pitch below.

Since Hillsborough, that experience has been taken away from most of us, and indeed a whole generation have grown up never having had the opportunity to stand at a game.

A recent article by JF has re-ignited the debate on standing at football matches – is it fair? Is it legal? Well, whilst it’s not illegal, it’s not at all fair to those around us who are less or completely unable to stand for long periods.

This post by Holte 139 from the forum discussion neatly summarises my own view on the matter, so I thought I would share it here.

OK so I’ve read through some of the posts I missed yesterday, and there’s one thing that I still don’t quite get.

Quite a few people have commented along the lines of ‘most of us have found a seat we’re happy with at home’ or ‘people who aren’t happy should just move out of the North/Holte’ or ‘you should expect to stand in the Holte’.

What I can’t get my head around is that people don’t seem to realise that this thread isn’t about the areas that have always stood (rightly or wrongly), it’s about the sudden change in attitude that seems to have occurred at the back end of last season/since promotion which now means that areas are constantly standing that haven’t before.

And when I say constant, I mean constant. Every second of every game since August, not the up-and-down stuff you have to do for people to move around.

Only one person has engaged me on this so far, unless everyone has put me on ignore! But I’ll repeat it again for the sake of the argument – I’ve had to move out of my seat of 12 years (yes, really) because our block has suddenly (since August) decided to start standing for the whole game and I can’t do that. How would you feel if you were put in that position?

There’s no doubt that some people, most commonly those with minor disabilities or mobility problems, elderly people and kids, are having their matchday experiences ruined because they can’t see, or physically can’t stand all game.

Likewise, I’m sure that if everyone who wanted to move out of the lower Holte and North (where the biggest problems are) asked to, the club simply wouldn’t be able to accommodate those requests because of ticket demand and a lack of availability. Why should other fans have to move and be inconvenienced because some don’t want to follow the rules?

Previous Article by JPA – Plucky Losers? Actually doing a Fulham? Not for me, Jeff

With Christmas just around the corner, take a moment to check out this excellent read – Fear Conquers All. An ideal stocking-filler for friends and family, or why not treat yourself?

“One man’s mission to inspire you to get up. Get out. Live.”