With the November international break now behind us, Aston Villa are gearing up for a reunion with former gaffer Steve Bruce as we welcome Newcastle United to Villa Park on Monday evening – and former player Alan Hutton has spoken of his desire to see far more from wing duo, Anwar El Ghazi and summer capture Trezeguet.

Villa fans know what to expect from El Ghazi, he’s hot and cold performance wise, but he’s certainly chipping in with goals and assists again – and many would praise him for an improved work rate this year.

Trezeguet has plenty of promise and we’ve seen flashes of what he could be capable of doing, but obviously he continues to adjust to life at the club and the Premier League as well, but again, there have been signs of improvement.

Both have more in the tank though according to Hutton in his recent column.

“I think I would like to see a little bit more from the wide men, to be honest. They come with so much promise, obviously I know Anwar and I know how good he can be. I’ve trained with him every day, he’s taken me on, we’ve played attack versus defence and I know how lethal he can be. I’d just like to see a bit more. Trezeguet on the other side, came with a big reputation, the boys were really excited when they watched him in training. They’re definitely capable of more.”

With Jota coming back into the fray now following his recovery from double hernia surgery, hopefully, the added competition will help both of them kick on another notch.

Who Has Impressed You Most So Far? 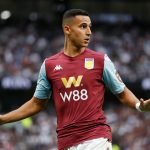 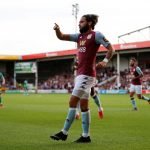