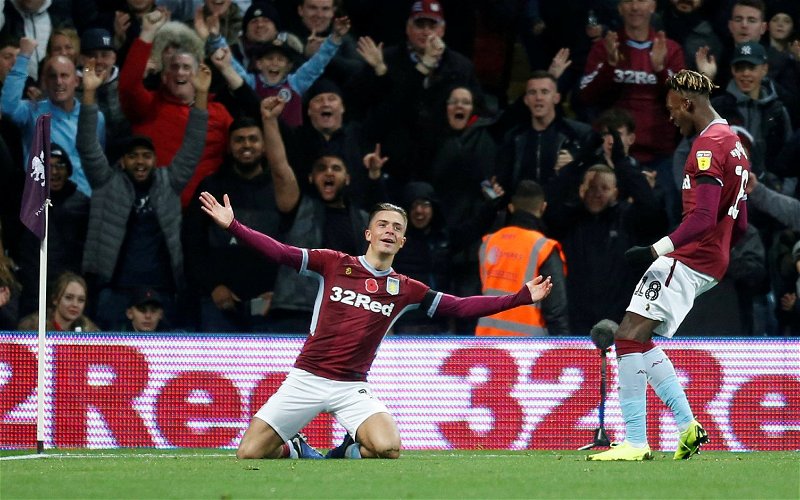 Former Aston Villa striker Tony Cascarino splits opinion in the fanbase and not just because of his playing days, as his punditry work can often lead fans to question his train of thought, and in many ways, he’s gone and done it again this weekend when discussing Jack Grealish.

We all know the talent the 24-year-old has and we all know his importance to the side, but most would accept this season he hasn’t hit the heights of last year, but that’s understandable as we adjust back to the Premier League level.

His England call will inevitably come, and on that score, he’s done himself no harm at all with the performance he put in against Brighton and Hove Albion last weekend which did come in front of Gareth Southgate who was at the game.

But Cascarino has fallen into the trap of suggesting Jack should be sprinting, instead of accepting one truly standout game doesn’t yet mean he’s up and even running. Speaking to Talksport as the shock jock’s continue their campaign to sell our stars from under us (to a side sitting below us in the table!), the former Republic of Ireland international explained.

“He put in a captain’s display and was terrific. He was ultimately the difference between the two teams. Are Villa going to challenge the football elite in this country? What they’ve got is a very young side, is very energetic and have someone who is now ready to play Champions League football in Jack Grealish. Do Aston Villa want to keep him because if they can do that, then you build around Jack. He is a player who has to be playing at the highest level and I feel he is showing he has the heart to do it.”

I’m not even going to bother picking that statement apart as I’d probably be here for the next six hours. Suffice to say, the praise is correct but we didn’t hand him a five year deal to make a quick profit in January, so that kind of answers the ‘keep him’ question and it also largely ignores our own ambitions.

But again, let Jack be Jack, a few weeks back he wasn’t good enough for England according to some pundits, we don’t have to bounce between the extremes – just let him develop and keep impressing.

Just For Fun – How Do You Value The Current Villa Squad