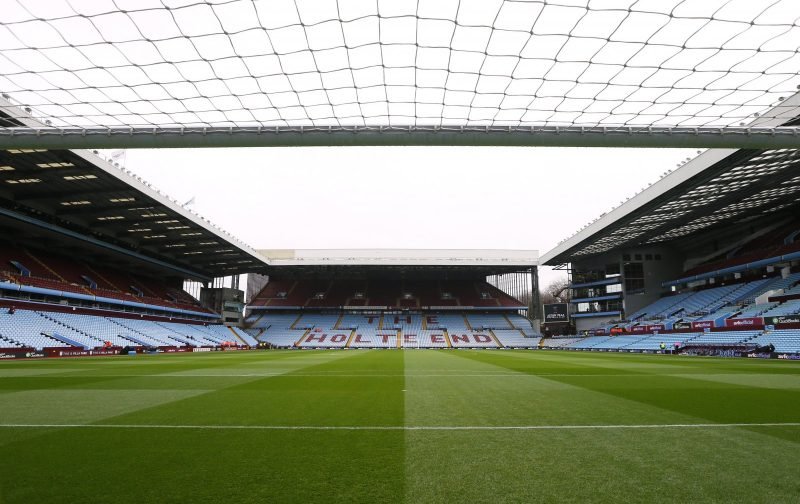 Forum user pvb1968 started a thread yesterday to discuss Villa Park and its viability in the longer term. The thrust of the post was that the area is dead other than on match days, referencing the fact that modern stadia are being developed to include other events than football which generate revenue. Manchester City and Tottenham being a case in point.

While moving with the times is key to progressing in the modern world, there surely has to be room for some sentiment at the same time? I love Villa Park, its warts and all.

I love the stadium. Proper love, tugging-the-heartstrings love. I love the walk down Trinity Road from where we park up and still feel the goose bumps as the stadium eases into view. Every time, even throughout the hell of our relegation seasons, my heart skips a beat. I love approaching the Trinity Road gates, catching a glimpse of the William McGregor statue, the sound of the programme and fanzine sellers.

The smell of the burger vans, the street traders peddling their appalling half-and-half scarves and other tat, the hubbub of chatter as fans discuss our chances, the team selection or the hellish journey they’ve just endured to get there. The even more hellish parking.

Sure, I miss the ‘old’ Villa Park of my childhood days – the magnificent Trinity Road façade, the spine-tingling, awe-inspiring Holte End as a standing terrace sweeping you forward as Withe, Yorke or Saunders scored again. The infamous ‘AV’ floodlights.

I even remember the incongruous Witton Lane stand with a certain sense of sadness that it’s no longer with us. Hell, I’ve even got feelings for the horrendously ugly North Stand – I once won a Head holdall there in a half-time competition (an appalling 0-0 draw with Manchester City in our relegation season in 1987) on my 12th birthday!

Such strength of feeling would not, in all honesty, make me too distraught if the club decided to flatten the ugly duckling at the Witton end in order to wrap around the corners of the Trinity and the Witton Lane (sorry, I still can’t bring myself to call it the Doug Ellis).

But what I couldn’t tolerate is a move, lock, stock and barrel, to a fresh location, in order to ramp up matchday income with shops, cinemas, restaurants or bowling alleys.

I never want us to leave. I don’t care how run down the area may be, I don’t care what a mission it has become to get there these days (what used to be a 40-minute journey from where I live can now take as long as 2 hours depending on traffic or kick off time). I don’t care how hard it is to park. This is MY stadium. This is OUR stadium. I don’t want a soulless, identikit stadium – Southampton, Reading or Arsenal spring immediately to mind.

We don’t need a 60k stadium – we barely fill it now at 42k. But a fairly modest increase towards 50-55,000 would not be inappropriate if we could sustain our improvement and re-establish ourselves in the top half of the Premier League.

Ultimately, I suspect that this is all pie-in-the-sky, at least for the next couple of years. Generating income from the stadium and its environs – a revamped club shop, a museum, regular concerts in the summer – is definitely something not to be sniffed at and to which we should aspire.

But let’s not get ahead of ourselves. Survival is the most important thing and then we can look upwards. A successful return to the élite will generate its own momentum and demand for tickets. Our owners know this, they are professionals. Things will start to happen when the time is right.

Until then, we remain the Villa boys from Aston and we travel near and far. You can hear us singing from the stands at Villa Park.