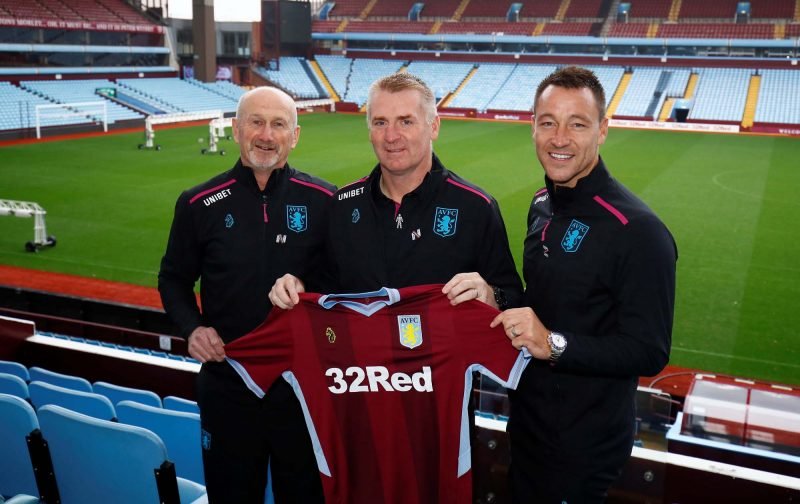 With preparations well underway for Aston Villa’s return to the Premier League after our second tier hiatus in recent years, assistant head coach Richard O’Kelly has been on the interview circuit this week as we ramp up pre-season work.

Speaking to the Official Site as the 2019/20 campaign nears, it’s certainly all systems go from our coaching staff and we are making major progress in strengthening the side as well with a believed £100million spend so far from the players we’ve brought in, but despite the changing makeup of the first team squad, O’Kelly insists our approach remains the same as it was last year.

“The blueprint is the same. We are what we are. Dean Smith is who he is. I am who I am also, as is John Terry and the rest of the coaching staff. We all believe in the same thing and that’s why we’re here. We know what we want to do. There’s also really good people here. That’s important.”

O’Kelly went on to joke that having a crack at the Premier League was something he’d ‘been waiting for all my life’ and given it’s taken him 30 odd years to get there, he’s determined to not blow the chance and he knows we have to be ready for the different challenges that the top flight brings, but that doesn’t mean our ethos will change, we just need to build on what has already worked for us on the pitch.

“In the Premier League we’ll be under pressure, with and without the ball. They’ll have to keep a cool head, play forwards at the right time and be compact at the right time. Those are things that will stand us in good stead. We have to make sure everything we do has an outcome to it. We’ll be working towards that this week. The running stats are probably the main difference, too. They’re higher in the Premier League. It’s also a belief from the players in terms of what they’re doing. All the top sides make mistakes, but you don’t realise they do, because of how they react to them. They’re so supportive of each other and that’s what we want Aston Villa to be – a forward-thinking, attacking side.”

How long have we waited for those five words in bold!