The Dean Smith Debate, Is Survival Enough, Should It Have Been More – Questions But Few Answers At Villa 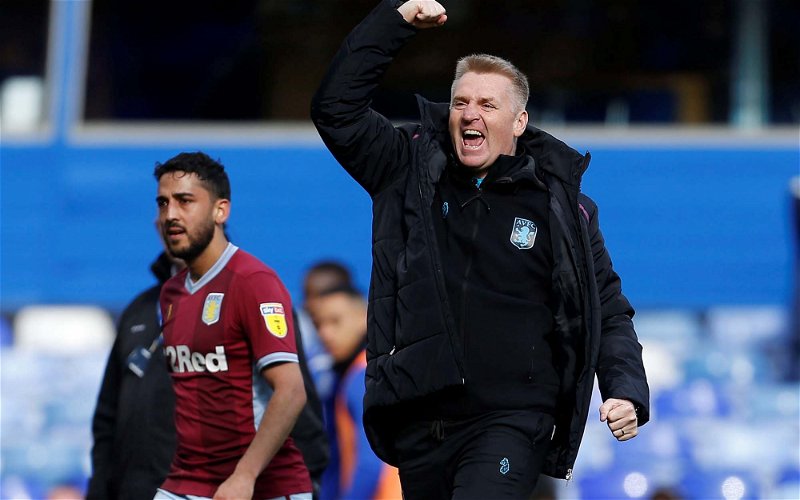 I’ve been thinking about this quite a bit, aware that I’ve somewhat flip-flopped throughout the season in my opinion regarding Aston Villa head coach Dean Smith.

This is where I’m now at…(still flip-flopping!).

IF we stay up (a capitalised IF because it’s Vila and you still never know!) then I’m imagining two scenarios (the first might be wishful thinking).

First Scenario (the ‘acting like a big club move’):

We somehow convince someone like Mauricio Pochettino and his team that Villa are the club for him. Smith is let go but his legacy is safe having guided us up and kept us up.

I, like all, desperately want us to become a club that can keep our best players (especially when they are homegrown!) Imagine us staying up, but Jack Grealish has an offer from a Champions League team that he simply can’t refuse. But then, the Villa tell him that Poch is coming and he wants to build a team around you…then would he stay? I think quite possibly.

Would Poch come in the first place? Who knows?

We realise we are not ‘there’ just yet in our quest to become a big club that thinks like a big club.

We recognise Smith’s achievements and keep faith in him and the aim is a top half finish next season, and then we reassess whether we need someone else to take us forwards. There is an inquest into recruitment strategy, and possibly heads will roll (ie. Jesus but not Smith).

With this in mind, I’ve been taking a look at Manchester City’s Wikipedia page, needing to jog my memory, and these are the key facts I found:

2009 summer: over £100m on players (a lot more dosh than it is even now only 11 years later)
December: sacked Hughes.
Brought in a big name in world football, Roberto Mancini.
Finished 5th.

The rest is history.

I’m not saying we look to replicate that, or even that we should model ourselves on that – I prefer the Liverpool approach/Spurs under Poch. It was also a different time (pre-Financial Fair Play), different owners (ours are rich, but not that level of rich!) and so on. But the key I think here is that City didn’t take long to start ‘thinking big’ and acting big (and ultimately, are still not a bigger club than Villa!)

I think the big thing for me is all of the rhetoric in the summer was about ‘not making up the numbers’, in it to win it, etc etc but it hasn’t been backed up on the pitch. A combo of being a bit unrealistic, and not getting the buys quite right? Perhaps.

If the owners think avoiding a relegation battle, at the very least, was achievable, then Smith’s head probably should be on the chopping block. For those fans that pre-season believed finishing 17th (if that turns out to be the case) would be a good achievement, then they would argue against that. I can understand the reasons for that perspective, given the state of our squad when we got promoted. But that wasn’t the line that the club chose to peddle.

But, if they talk the talk, they need to walk the walk – but to my mind though, it’s only worth actually getting rid of Smith, if we can get a top name in.

If you’re a top player (or up and coming one), who do you want to go and play for? A Dean Smith, or a Mauricio Pochettino? (Or insert another big name with a good record here).

It all hinges on whether we can even get someone like that in, at this stage. And there’s also the problem that a manager like Poch wants to spend money…(sacked by Spurs because Levy wouldn’t spend, basically) so how much can we spend? How much are our hands tied at this stage by FFP?

Also, if the next season starts in September, that’s not long for a new manager to get his ideas over. So which is the bigger risk?!

Anyway, that’s my garbled attempt at explaining my constantly changing thought process and I’m well aware of my own hypocrisy. I guess that’s what football is all about!

I’m tempting fate, I might add, as we could still go down!

I’ve also just had two large coffees and I tend to go off on one.