The transfer window has ‘slammed shut’ but have Villa missed a trick? 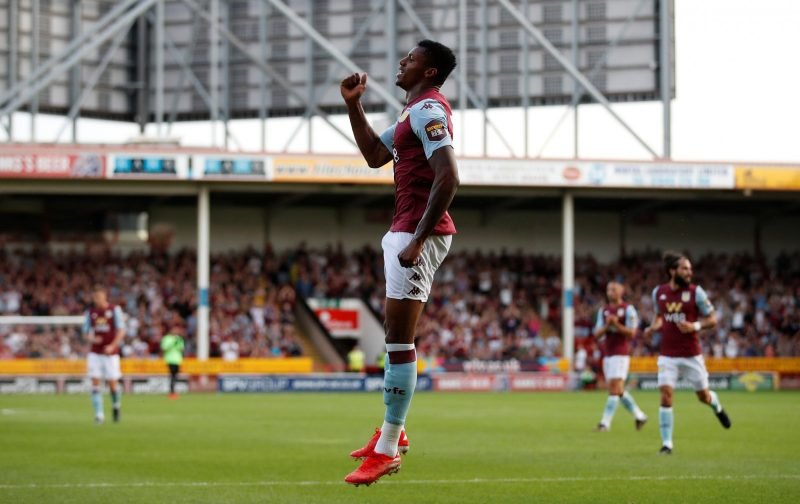 The transfer window has “slammed shut”. The Sky Sports yellow ticker of doom has gone for a well-deserved break and Aston Villa did not make any last-minute additions to the squad, save for the fantastic news that John McGinn has committed his future (or the next 5 years, at least) to north Birmingham.

Amid the action-packed chaos of the summer window, many Villa fans were hoping for a top-class striker to link up with (and take the pressure off) Wesley Moræs, with the Brazilian a relatively unknown quantity coming in from Club Brugge in the Belgian League.

Neil Maupay was heavily linked throughout the summer, as was Brentford team-mate Saïd Benrahma, but in the event, neither have followed Ezri Konsa and Jota (via Small Heath) to Villa from Griffin Park.

So, what shape does that leave us in ahead of the kick-off on Saturday teatime? Defence has been strengthened in all departments, with the signing of experienced England international goalkeeper Tom Heaton perhaps the canniest piece of business in this area.

Midfield is looking much stronger as well, with Brazilian Douglas Luiz finally arriving to join with Zimbabwean Marvelous Nakamba in adding steel in front of the back four. Jota and Trezeguet have come in to add pace and skill in wide areas, alongside the returning Anwar El Ghazi.

But in terms of an out-and-out striker, only Wesley has arrived to replace the departed Tammy Abraham. Scott Hogan has left for Stoke on a season-long loan, leaving only the inexperienced Keinan Davis and the injury-prone (and often misfiring) Jonathan Kodjia as our striking options. Does this leave us too light in arguably the most important area of the pitch?

After all, teams which don’t score goals struggle in any division, not least the Premier League, and with Wesley untested at this level, I can’t help feeling we are running a huge risk in not adding proven firepower. If Wesley fails to deliver, or gets injured, will Kodjia or Davis really cut it? Danny Welbeck and Daniel Sturridge were both available on free transfers – did we miss a trick? (Although as it stands, Sturridge for instance, as a free agent, could be signed at any time in the coming weeks and months should Dean Smith feel the need for reinforcements).

Of course, we know we have goals all over the pitch – Jack Grealish, John McGinn, Conor Hourihane all know where the goal is located, as do El Ghazi, Jota and Trezeguet. A hallmark of Villa last season was the ability to score goals from anywhere in the team; indeed, Tammy Abraham had a woeful run in the closing months of the season, but we still managed a record-breaking winning streak even without Tammy being anywhere near as prolific as he was earlier in the season.

So perhaps the lack of another striker arriving today is not as serious a problem as it might appear? I’m still not totally convinced, and it would surely be a massively regrettable oversight were it to compromise what has been an amazing summer and squash the huge expectation, optimism and excitement which has built up around the club in the last six months.

Let’s hope that things finally begin to work out for us in the transfer market and the new signings hit the ground running to make an impact in the Premier League. Worst-case scenario is that they don’t, in which case we’ll just have to hope we are still in touch with 17th place by January, when we can add the vital missing ingredient of a proven goal-scorer to propel us to safety.

None of us want a return to the desperate days of having to panic buy Darren Bent to save us from relegation – it would totally undermine the work done by Christian Purslow, ‘Suso’ Pitarch and Dean Smith since January. I’m sure it won’t come to that – the club have not given us any reason to question their judgement so we must believe that the squad we have this evening will be good enough to make the impact the club, and Dean Smith in particular, are looking for.

In Deano we trust, although it’s worth pondering whether Steve Bruce’s Deadline Day capture of Andy Carroll will come back to haunt us? Actually, perhaps it’s not. I’ll get my coat…!