There Can Only Be One MotM For Villa Following Derby Clash, Surely

It was far from a classic but the Second City Derby between Aston Villa and Birmingham City rarely is on a football front, and all that matters is who puts the ball in the back of the net when it counts.

Sunday’s clash at St Andrews was no different but the idiocy of some did sink to a new low, but there’s enough of that talk elsewhere. Focusing purely on the football Jack Grealish stole the show as he scored what became our winner in the 67th minute and it’s no surprise to see statistics website Whoscored give him their star man award and Man of the Match with a rating of 7.97 for his individual efforts on the day as he wore the armband once again. 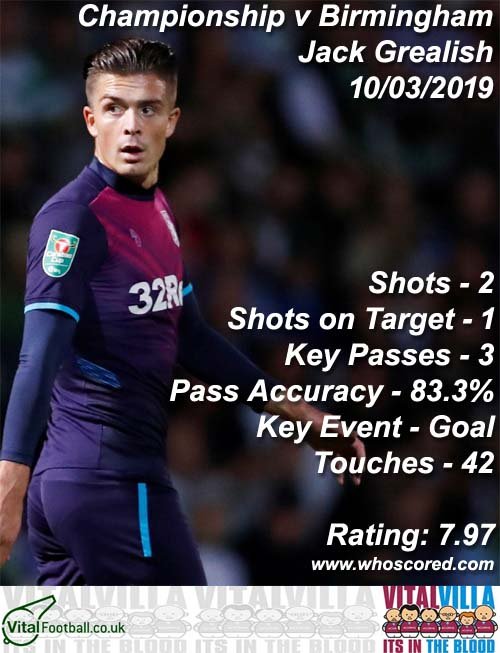 Jack might have stole the show and the headlines, but there were a number of other standout performances and I guess anyone who didn’t have Jack down for MotM would’ve had Tyrone Mings as their standout.