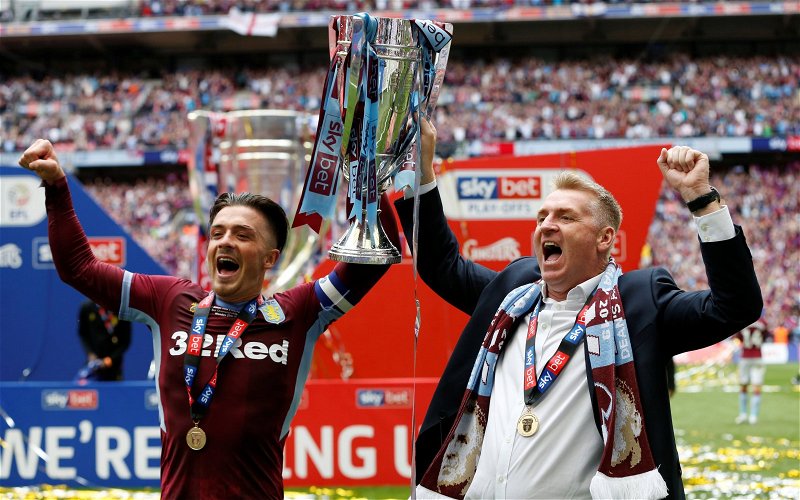 I’ve done my best to try and avoid the almost endless speculation suggesting Jack Grealish will be departing Aston Villa this summer for Manchester City, because even if there is a sliver of truth to their apparent interest, 99.9% of everything printed so far will be invented codswallop for internet clickies. Reports claiming that Christian Purslow is attempting to tie the 25-year-old talisman down to a new extended contract, are worth covering though.

With some outlets lazily picking up on unsourced suggestions that an £88million deal has already been agreed with City, but won’t be announced until after the European Championships, talk of a new deal are far more believable in my book.

NSWE will fight #MCFC every step of the way as look to secure Jack Grealish to a new deal as Aston Villa look to go big next season; NSWE not to be messed with. Latest from my end as City finally step up their interest. #AVFC remain confident of keeping JG https://t.co/LFWuBFwWHk

Especially when tied to far more reliable claims that Villa themselves have yet to be contacted by any club over a potential sale.

Tying Jack down to a new deal would again be a massive statement of intent from NSWE and it would at least end the merry-go-round of speculation that we are seeing for a few months, before it all begins again and you’d think after our recent improvement (and Jack’s involvement throughout the club now) he’d like to see whether we can crack Europe next year before deciding what his future might hold.

He’s got the England involvement he wanted, and you could easily argue that fact that he was Gareth Southgate’s go-to substitute against Germany ends the argument that he won’t be used more.

So any future move isn’t about England now, and I dare say it won’t be about money either – it simply comes down to medals and whether or not, Super Jack wants to win them with us.

Does Jack Deserve To Start Against Ukraine?

Forgotten Villa Player Departs Amid Chance To Be Bjorn Again