Aston Villa Academy graduate Cameron Archer has proven to be a revelation in the 2021/22 campaign.

Having been highly rated as he came through our youth ranks, the 20-year-old was given his professional debut by former head coach Dean Smith back in our 2019 clash with Crewe Alexandra in the EFL Cup and he had further success that year in our short run in the EFL Trophy, bagging a goal against Tranmere Rovers.

🏴󠁧󠁢󠁥󠁮󠁧󠁿 Cameron Archer has unfortunately had to withdraw from the England U20 squad due to illness.

2020/21 saw him spend most of the season out on loan with Solihull Moors and he got reasonable game time under his belt, grabbing four goals to his name. He stepped up over the summer though as we headed into 2021/22 and really impressed under Smith scoring in both the EFL Cup and EFL Trophy as well as making his Premier League bow.

Following our switch of head coach, Steven Gerrard preferred instead to send him out to Preston North End and having bagged ten goals for us, his 12 appearances at Deepdale have returned five goals so far, and as we enter the March international break he received a very deserved second call up to the England Under 20 side following his debut appearance against Portugal back in November.

Sadly, he has had to withdraw from that squad owing to illness but given the improvements he’s shown this campaign, it won’t be long before he increases his cap tally for his country and you can certainly see him being pulled into the Under 21 squad before very long.

Will Archer Be In Gerrard's Plans Next Season? 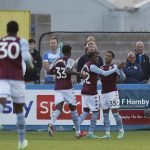 Another Loan - Don't Rush It 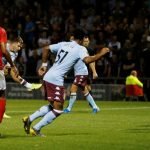