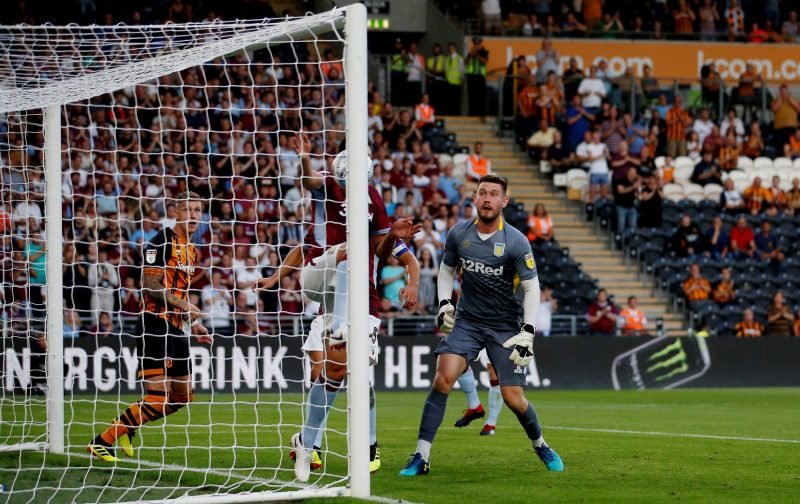 Villa will be itching for the international break to be over as we have got plenty to look forward to once it is.

The Villans have been brilliant in recent weeks and it has served as a reminder that the club have got more than enough class to get promoted back into the Premier League.

For sure, it’s a welcome change from the amount of issues we had at the start of the season and the club looks on a much better footing than it did in August.

And, in another nod to the board getting things right, they have moved to agree a deal for Jed Steer to sign an extension with the club.

It’s a bit of a u-turn for the player, too, because it was easy to see him being got rid of with the amount of time he was spending out on loan.

However, he’s arguably our number one at the moment and he is playing well, so this is pleasing news as per Matt Maher on Twitter:

Goalkeeper Jed Steer has agreed a one-year contract extension at #avfc, which keeps him at the club until the end of next season. More details here: https://t.co/AFPU1r8QUo

The board are getting it right now, and you can sense we’re heading in the right direction.