5 Shots, 4 Key Passes In Only 37 Touches Takes Villa Enigma To MotM, But Not For Me Jeff 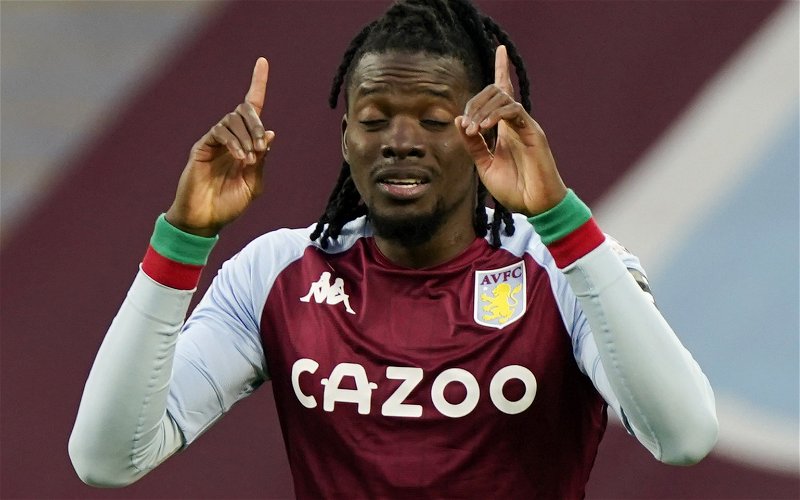 It turned into an incredibly strange Wednesday evening for fans of Aston Villa as we made the long trip down to White Hart Lane to face managerless Tottenham Hotspur.

Eight minutes in we found ourselves behind to the hosts, but we were clearly the better side in the opening 45 minutes and thanks to a Sergio Reguilon own goal (quite a beauty really) and an Ollie Watkins strike, we took a deserved lead into the half time break and it could well have been 4-1, particularly with the cast iron penalty when Ollie was wiped out in the box – but it’s no surprise to know some referees are just incredibly pawson at their job, and others definitely aren’t friendly unless you are a so called top six side.

Second half again, it could’ve been a cricket score in our favour, as although Emi Martinez was again outstanding pulling off some fantastic stops, and we shot ourselves in the foot, and made life far more difficult than it needed to be, by trying to walk the ball into the net instead of, oh you know, just hitting the ball really hard.

We weathered the storm though and came out with all three points to cap what has been an inconsistently good second season in the top flight with only one game to go.

Statistics website Whoscored definitely called this one wrong when it came to Man of the Match though, as they gave it to the frustrating enigma that is Bertie Traore.

Without doubt, it was one of his better games and he was again slightly improved on a defensive front, but those two chances where a toe-poke would’ve likely seen him on the scoresheet, but he chose to try and walk it in is unforgivable at this level and in such a tight game.

I also don’t agree on this one with Ollie Watkins in second spot with 7.79, for much the same reason, although I accept many will find that criticism harsh given both of their overall efforts on the day – and it probably is.

For me, the list for Wednesday would read Matt Targett, John McGinn, Jack Grealish, Tyrone Mings, Marvelous Nakamba and Emi Martinez – but I can only choose four for the poll.