A chink of light in the fight to stay up? 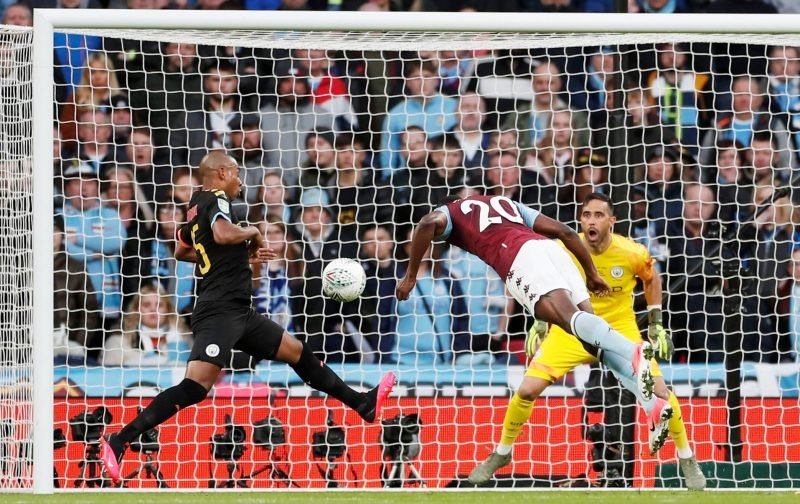 In the end, it wasn’t to be and the inevitable happened. As sure as night follows day, Manchester City collected yet another domestic trophy, completing a League Cup hat-trick.

Given the trouncing Villa took in the Premier League meetings between the two sides, many could have been forgiven for expecting a cricket score and total humiliation on a crisp spring day at Wembley Stadium.

But it was not nearly as bad as that, and while City were clearly streets ahead of a spirited (yet ultimately limited) Aston Villa side, the Villans never gave up the fight and could have forced extra-time but for a fine late save from Claudio Bravo.

Indeed, but for a shockingly poor decision to award City a corner when the ball clearly went out off the chest of Ilkay Gundogan, Villa could have taken the game to an extra half hour (or even penalties). Make no mistake, City dominated – possession, shots, passes, every metric which gets the modern statto all hot under the collar.

To concede off the back of this.. just no words..#AVFCpic.twitter.com/IggWP9QasA

But Villa, reshaped with a back four which looked far more solid and organised than in recent weeks, set up well, settling into a 4-5-1 in defence which City found hard to break down. For all of their dominance, Ørjan Nyland was rarely tested.

If Villa can carry this kind of fight and determination into the remaining Premier League matches, our survival will not be in doubt. But that’s a big ‘if’. Villa have shown time and again this season (and in years gone by) that they have an uncanny ability to follow a good, hearty, battling display with a series of underwhelming (at best) no-shows when it matters most.

Back when promotion was secured at the Playoff Final, the Sky commentator declared that the sleeping giant was back on its feet. Right now, we could be more accurately described as slumped in the corner, punch-drunk from a gruelling season where inexperience on every level and a propensity for self-harm has left us staring back into the abyss from which we finally hauled ourselves back in May.

There is no disputing the size and history of our great club, and losing cup finals and plumbing the depths, where 17th would count as a successful season, is not where we should be setting our sights.

We are light years behind the likes of City, Liverpool, Tottenham and others. Even serial underachievers such as Wolves and Everton have left us in their wake. Survival this season is imperative in trying to claw back the ground we have lost over the past decade.

Fight, passion and determination as displayed yesterday will go a long way to achieving that, and an upturn in luck would not go amiss either. The old cliché goes that bad decisions even out over a season, so it’s high time benefitted from that over the remaining 11 matches.

In truth, I am expecting the worst, given the evidence of the season so far, but there are still 33 points up for grabs and more importantly, there is hope. When Dean Smith says there are 11 cup finals left, our record in the past few actual finals does not fill me with any great comfort. But days like yesterday show a chink of light.

It’s time to deliver that pride, passion and purpose. It’s time to fight like lions. Do you want to bet against us? On second thoughts, don’t answer that!