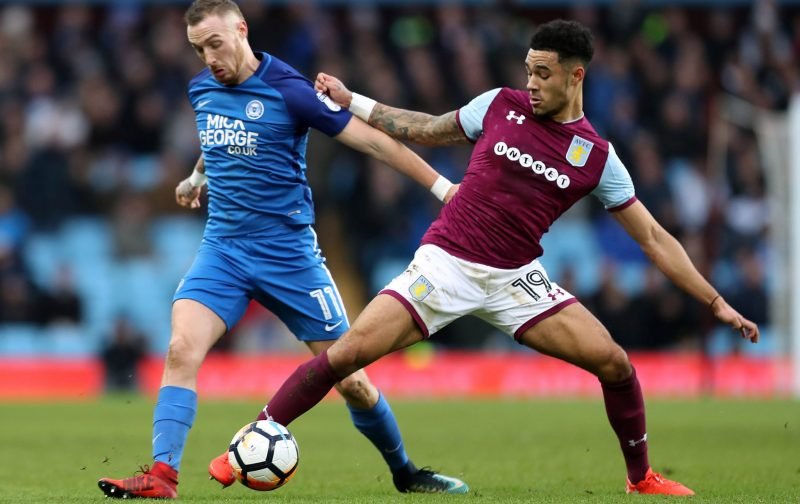 Aston Villa winger Andre Green takes the headlines today following his interview where he talks about pre-season, the new campaign ahead, his own fitness and whether he expects the club to fold over the summer.

The last one is a joke, is it too soon?

With the players still out in the Algarve in Portugal working hard on their fitness levels ahead of Villa kicking off our pre-season game schedule this summer, Green is back and working hard after what should’ve been his proper breakthrough year in 2017/18 was interrupted by injury.

Speaking to the Official Site Green’s clear aim for the year ahead is to stay injury and niggle free and build on the games he did manage to take in last year where fans did start to pay attention to him, believing he could be the next big kid out of the Academy given his early promise.

The full screed can be read on the above link. The most salient point really I think is.

“This one is more important than ever for me personally. A year ago, I felt preparations for the campaign here went well. That then showed when I appeared in all of our six opening games of last season. The goal against Norwich City at home was an obvious high point. Then, in the goalless draw with Brentford just a few weeks later, that momentum was brought to a halt. I limped off with a hamstring problem and later had surgery that would leave me sidelined for months.”

He went on to talk about his natural fears when he was building himself back up and his enjoyment at getting back out on the pitch with the Under 23s towards the end of the year – we lifted the Premier League Cup don’t forget. But now it’s all eyes to a second bite of the cherry.

“I’m finally feeling good in myself again and can look forward to the season with some optimism. It’s tough going, but for sure we’ll now be ready for the upcoming friendly games and the start of the Championship season.”

That’s all the fans care about, despite ongoing concerns.

Looking forward to seeing @andregreen back for villa. Got the feeling it's going to be a big season for him.

Buzzing for you Andre, glad your feeling up for it, I can see this being your season and potential to shine. UTV

Big season from you please ????

@AndreGreen_ hopefully this is your season! #UTV #AVFC