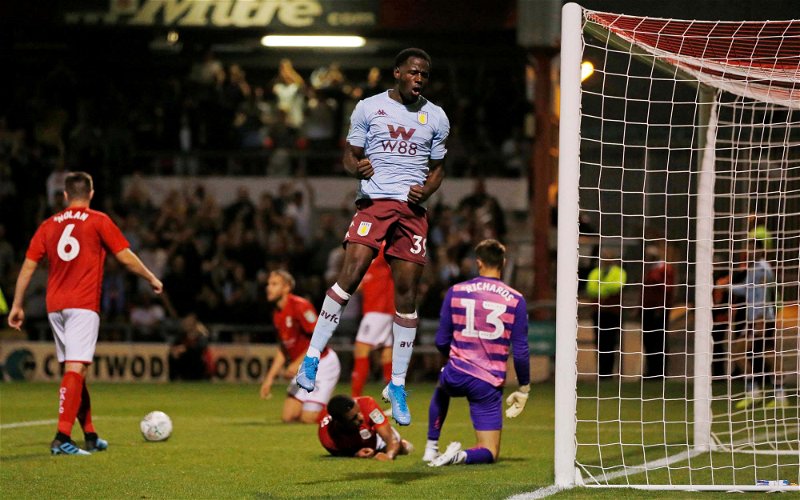 Fresh from our opening day victory over Sheffield United, Aston Villa announced this afternoon that striker Keinan Davis had penned a new deal, keeping him with us until the summer of 2024.

The 22-year-old Academy graduate (a late joiner from Biggleswade Town) made his debut against Tottenham Hotspur back in the FA Cup clash in January 2017, and to date, he’s made 25 starting appearances for the club, with a further 44 showings from the bench – returning five goals.

The 22-year-old has signed a contract extension, keeping him at the club until 2024. 🟣

Fans are torn on what Davis brings to the table, a good big man up front who holds the ball well and give us a presence, but a poor goalscoring return with plenty of almost guilt-edged chances going begging. You can’t fault his effort though and he’s a very good option for us when it comes to seeing games out, but he desperately needs a spell in the Championship to develop that goalscoring touch and really prove he can get himself going.

With a new long term deal signed, I can only imagine we’ll soon be saying our goodbyes for the campaign as Preston North End and latterly Derby County, have long been linked with having an interest in him this summer.

With his existing deal expiring next summer, that length of contract certainly shows head coach Dean Smith’s faith in him to significantly improve further. Let’s hope that happens as everyone will be delighted for him then.

Davis' New Deal Has To Mean A Loan...

Good Spell In The Champ Will Do Him Good