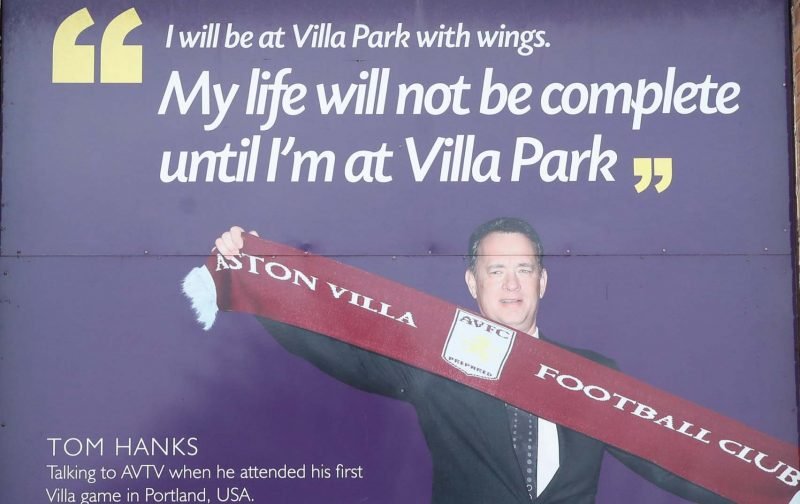 With plenty of transfer speculation to keep Aston Villa fans occupied as we look towards Monday’s Championship Play-Off Final with promotion yet again in our hands for a second successive year, it’s definitely the time of the season where everything gets crossed.

Having fallen at this hurdle before, in some ways, history shows that it is actually an advantage as we go into the clash with Derby County – it’s still raw for some and that serves as its own motivation.

For fans, there are naturally a few camps – the optimistic, the scared (you know what I mean) and those that simply can’t call it as both sides ended in good form and have reason to be optimistic – and of course some of the Derby camp have experienced Play-Off heartbreak themselves in former years.

With plenty of well known names having their say on the Final 90 minutes of the 2018/19 season, one surprising development was a message from Hollywood legend and clear Villa fan (for anyone who doubted it) Tom Hanks as he seemed very aware that there was one game to go on Saturday evening.

On Monday I will bleed claret and blue for Aston Villa. One match away for a return to the Premier League. Up the Villa! Hanx

The comments on the Tweet are entirely predictable (click to see) but I must admit I think this is my favourite.

FACT: @jmcginn7 is the only person in the world that can outrun Forrest Gump #avfc #utv