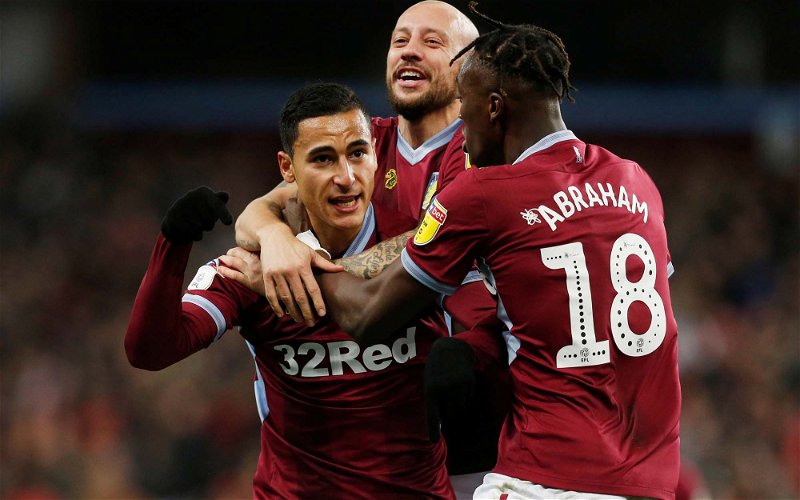 Way back in 2015, Aston Villa were heavily interested in bringing in Emmanuel Adebayor and it would’ve been quite a marquee signing given the business we did back in Tim Sherwood’s days, and we even had Sherwood on record as confirming the interest but admitting a deal wasn’t in place.

Obviously, nothing ever came of it and no deal was struck with Tottenham Hotspur for his services, but given we are being linked with every striker on the planet this January transfer window, rumours of Adebayor’s arrival, now he’s a free agent after leaving Turkish side Kayserispor last month, have grown.

It seems former player Alan Hutton is certainly on board with my thoughts about doing a potential last payday deal for the 35-year-old, as regardless of what position we are in with striker options, having already turned up at Bodymoor Heath previously when we had an interest but decided we weren’t good enough for him, he’s not good enough for us now.

“Not for me, not for me no. He had a chance, I remember when Tim Sherwood was in charge, 2015? And he tried to bring him in then and he was at the training ground, and just didn’t fancy it. He just looked like he didn’t want to be there, so why bring him in now? He’s possibly looking for another payday, so no for me, I don’t think he fits the bill for Villa and what they’re trying to achieve. There are other options out there that will help them much more, in my opinion, it’s not for me that one.”

I’d be surprised if any fan felt differently here?

We're Desperate, He'll Do Until The Summer

Not With Someone Else's Barge Pole