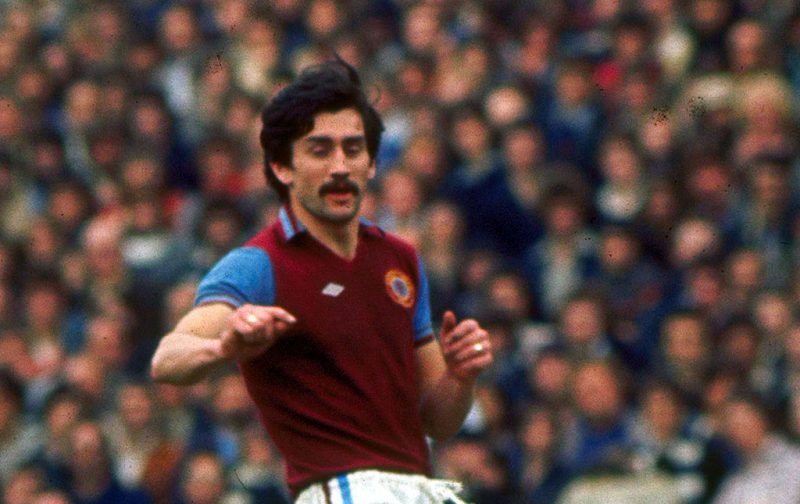 Ahead of this weekend’s welcome return to Premier League action against Brighton at Villa Park, legendary Villa skipper ‘Sir’ Dennis Mortimer has been reflecting on his time at Villa, having also had a short spell at Brighton following his premature departure from B6.

The great man confessed to not knowing a great deal about our club prior to his £175,000 arrival from Coventry in 1975, a princely sum in those days – what would he be worth in today’s market?!

“When I heard about the move, my first thought was ‘I don’t know who Aston Villa are.’ I had been playing for Coventry in the first division and so they weren’t really on my radar even though they were a close neighbour. When I had started at Coventry, Villa were in the third division.”

It wasn’t long before he realised the significance of his move and the potential at his new home. “It wasn’t until I got there that I realised the potential. Coventry usually drew about 17,000 to Highfield Road and when I made my debut at Villa Park there were 52,000 in the ground. It dawned on me very quickly that it was a big club that had previously fallen on hard times.”

Sir Dennis played in the same Kirby Boys team as Kenny Swain (remember him?) and Terry McDermott, with Phil Thompson two years below. All of them would go on to win the European Cup.

The course of history may have been very different for Mortimer had a scout from Bury followed up on initial interest, but Coventry City took advantage and he headed to the Midlands.

Following his incredibly successful spell at Villa Park, Sir Dennis moved to Brighton in 1985, where he played 40 of 42 league games in the then-second division. Brighton’s squad at the time included Terry Connor, Justin Fashanu and a young and very green Dean Saunders.

He stayed in a Hove hotel as he still lived in the Midlands, but that didn’t seem to affect his performances. “It worked well and there was no problem. The important thing was that I was still able to put in performances on the pitch and I think I performed really well for Brighton that season. I thought I added something to the team and didn’t let anybody down.”

Mortimer returned to the Midlands at the end of that season, signing for Birmingham City and thus becoming one of the few to have played for both Birmingham sides. Fortunately, his legend at Villa Park is still intact and he remains one of the club’s most loved alumni.

He’s still a Villa Park regular and is delighted to see Villa back in the Premier League, a place they should never have left. He’s positive for the season and thinks we have the tools to survive.

“They have bought well. There was no way they could have stayed up with the team from the Championship. They spent a lot of money, and more than Brighton did, or have done since. They have the firepower, a good defence and a decent squad, and the result at Norwich was important just before the break to give them confidence ahead of some tough games.”

Have your say in the match thread and why not get involved in the Erod Prediction League? Brighton match prediction here – it’s never too late to get involved!