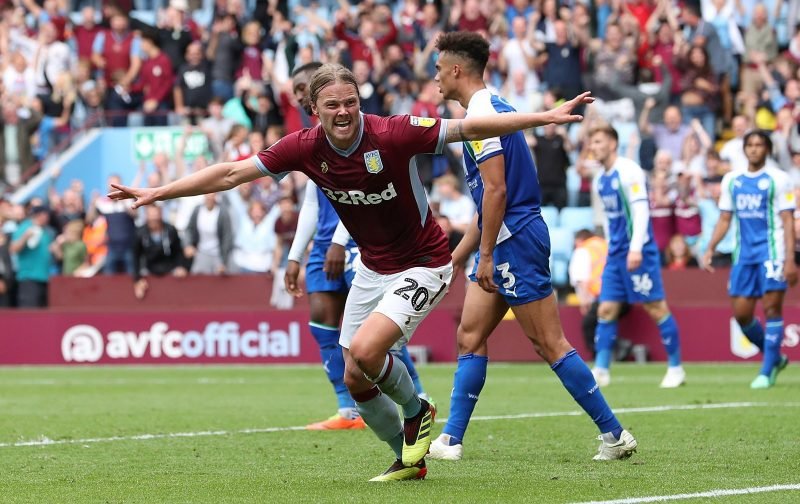 Speculation about the future of Aston Villa midfielder Birkir Bjarnason doesn’t appear to be going away any time soon.

Gazetta dello Sport previously ran a piece linking the Icelandic 30-year-old with a possible switch to Italian Serie A side Empoli with a fee spoken about as being in the region of 5.5million Euros.

The speculation isn’t new, but it’s got a second wind on social media and that’s brought it back to the fore for some reason – I guess because Bjarnason’s been involved under manager Steve Bruce so far this year and already opened his account against Wigan Athletic.

Fans late to this piece of rumour mill rumbling have maybe overly panicked.

I’d rather sell Jedinak.. why would we get rid of Thor when time and time again when he’s given a bloody chance he performs!?

Bruce will not promoted Doyle-Hayes over Jedinak and Whelan

If he’s sold we riot

No!!! Thor needs to stay

Too much rioting going on, I'm knackered

Tell them to jog on unless it’s too good to refuse. Decent, hard working player with a good engine.

Especially following our takeover, unless they put in a ridiculous offer that would seriously affect our Financial Fair Play position I can’t see anything coming of this one. Two appearances so far this year and a goal too boot show Bruce will continue to lean on him, but I doubt it’s the last we’ve heard of this one until the European transfer window shuts at the end of August.

I just wouldn’t panic when it gets another lease of life with about a week to go.