With Aston Villa keeping injury news closer to their chests in more recent times, on Wednesday afternoon we did get a brief update on three of our walking wounded.

It was potentially good news for Jack Grealish as he was set to make yet another comeback this week following his calf problem, and it was expected that Matt Targett would also return – but there was no information about goalkeeper Tom Heaton or Bjorn Engels.

With Jed Steer obviously out for a couple of months, it’s all eyes to Orjan Nyland who didn’t put a foot wrong against Wolverhampton Wanderers really and questions are being asked about Lovre Kalinic’s place in the pecking order now.

In any event, the Norwegian international was speaking to outlet Dagbladet this week to discuss the opportunity he now has to impress, but in one telling line he seems to have given an update on our England stopper, and it seems he’ll only be out for two to three weeks.

“Now one keeper is injured and will probably be gone for a while. So it is me and Tom Heaton who will fight for that place. Everything is relative. Injuries can take longer than expected, so you never know. It has been suggested that Heaton should be out for two to three weeks. It’s about being ready when the opportunity arises.”

Given that time frame, if accurate, Heaton could well be back between the sticks for the upcoming Newcastle United clash or potentially our trip to Old Trafford to face Manchester United.

Even if the two/three weeks isn’t correct, I would assume it’s safe to say it’s not that serious a problem for the 33-year-old.

With Steer Injured, Is Nyland Your No 2? 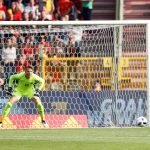 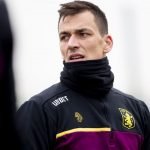