Villa Duo Selected In Whoscored’s Team Of The Season, But Who Misses Out

With the end of the regular Championship campaign of 2018/19 now at a close following the Sunday’s fixtures, Aston Villa turn their full attentions to the season extension and our Play-Off Semi-Final doubleheader against local rivals West Bromwich Albion.

With all the official awards handed out for the season now, Villa have two players in statistics website Whoscored’s Team of the Season.

Compiling the player ratings from across the campaign, their Team of the Season sees the best performing player in a single position highlighted with their season average score. 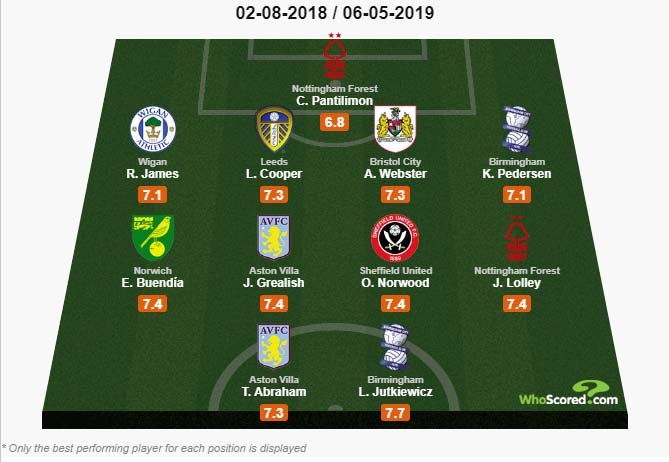 Some very surprising choices in there and some strange omissions as well that I don’t quite understand, but Jack and Tammy fully deserve their picks.