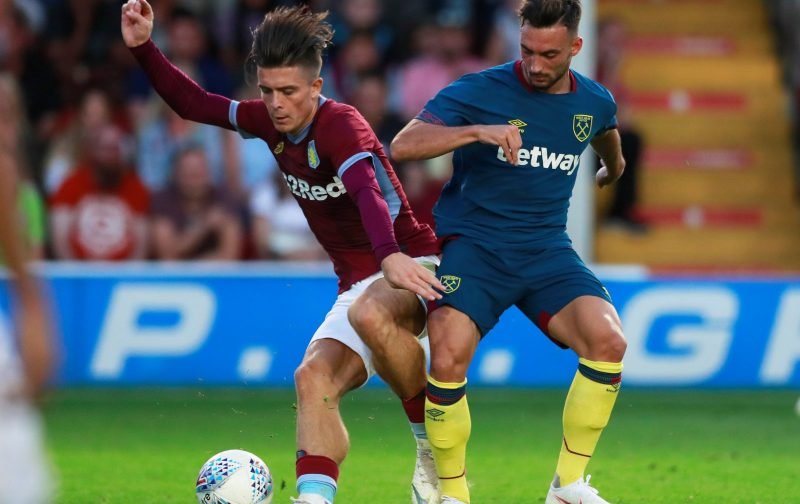 Former Aston Villa and Republic of Ireland striker Tony Cascarino has expressed his shock at the recent claim made about Jack Grealish’s release fee at the club.

With it being claimed this week that any potential suitors for our 23-year-old talent will have to cough up a whopping £60million for his services, plenty of fans have already expressed their surprise at such a high fee despite his obvious talent and plenty loved head coach Dean Smith’s quip that he was surprised it was that ‘low’ given his importance to us.

With most feeling it would’ve been in the region of £35/40million, the size of the fee – presuming it’s accurate – really does play in our favour as it rules out most clubs in the Premier League and even the likes of Tottenham Hotspur will stop and think at paying that much for one player.

Quoted by the Birmingham Mail that was the angle Cascarino took on the fee, feeling that few clubs would meet it.

“Apparently in his contract, there’s a £60m buy-out clause which seems a hell of a lot of money. Jack is a real talent. He can get wonder goals and he’s a very technically gifted player. I think if he played at a higher level, whether that’s with Villa or another Premier League club, he can shine again. It’s still a lot of money for a guy that has done very, very well. He’s 23 now. But you’re paying for a player where you’re not getting the complete package, which you’d think you would get for £60m, so it’s a really tough one. I think if you could get Jack for half that then a lot of clubs would be prepared to do that.”