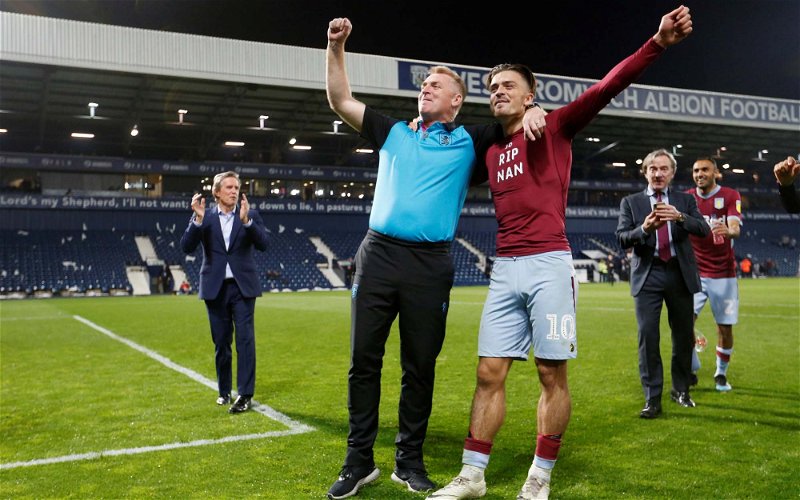 After last season’s dalliance with the relegation places, Aston Villa’s start to life in the 2020/21 Premier League campaign couldn’t have gone much better really – victory over a tough and ‘hard’ Leicester City side made it four wins from four and whilst nobody is daft enough to get carried away yet, we are second in the table, one point off Everton but with a game in hand.

With fans now eagerly awaiting Friday’s clash with Leeds United, the positives that came from last night shouldn’t be overlooked.

Yes, it was a slow and fumbly start but neither Leicester nor the referee were encouraging an open and flowing game, but we stuck with it. Our organisation was tight, players did their off the ball work nicely and even though they had chances, they didn’t really trouble Emi Martinez between the sticks.

At the other end, we kept creating chances and had we not been shot shy, we could’ve had the lead sooner – Jack’s moment stands out in my head again this afternoon (after a much needed sleep).

Last season it was one of those games where the impression was, we’d lose it in the final ten minutes – Ross Barkley flipped that on its head in stoppage time with the winner.

We are far from perfect, there’s massive improvements still to be made and let’s face it, few would expect us to be here at the end of the year, but compared to last season we really have come on leaps and bounds.

And it’s nice to be able to say that after the last few years we’ve had.

Leicester also marked history for those who weren’t aware – it’s the first time we’ve opened a campaign with four straight wins since 1930/31.

Head coach Dean Smith had it spot on as he spoke to the Official Site following the game.

“I said to the players at the start of the season that we’re all about trying to make history. We did it in my first season winning ten games and we stayed up last season. It’s important we keep our feet firmly on the ground and stay humble. This is a big result for us because I’ve got so much admiration for Brendan Rodgers and his team. I felt last season they were a top four team. To come here, keep a clean and play as well as we did is very pleasing.”

Comparing last season to this is all well and good, but Smith was right to compare the difference between last night and the last time we played them.

“The last time we played here was pre-lockdown and we walked off the pitch with a 4-0 defeat. The turnaround has been excellent. It’s not just been me – it’s been my whole staff and the players.”

Onto Leeds and will the stars align to make it five from five?