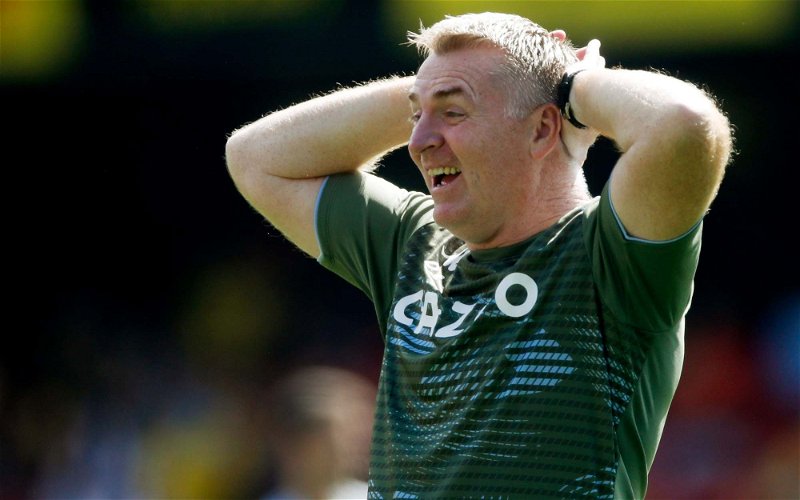 Following on from Aston Villa’s classy and youthful 6-0 victory over Barrow in the EFL Cup on Tuesday evening, fans understandably had plenty to cheer about – particularly our Academy graduates on display, their performances and the debut showing of a certain Cameron Archer who completed a fine hattrick on the night.

With all eyes now focused on the upcoming Brentford clash this weekend, after all the obvious grunts at drawing Chelsea in the next round are put behind us, although the club are rightly quiet here, Barrow released an unexpected snippet of news today following on from our game.

We'd like to thank Aston Villa for their generosity after they donated their share of the gate receipts from Tuesday's Carabao Cup tie back to The Bluebirds.

Speaking to their Official Site as they confirmed the ‘show of class and generosity, Chairman Paul Hornby explained.

“It’s just a wonderful gesture and we’re so grateful for their generosity. Despite the result, it was a fantastic occasion for everyone connected with Barrow and the revenue generated from it and this subsequent donation is crucial to the Club. All those associated with Villa conducted themselves with real class on Tuesday night so this gesture just underlines what a great club they are so we thank them and wish them well for the rest of the season.”

Having won plenty of praise for our attitude and approach in dealings when snapping up talented youngsters in more recent seasons from clubs further down the pyramid, 45% of a 5000+ crowd isn’t an insignificant sum, especially at Barrow’s level, so it’s simply what it is – a fantastic gesture and one to be applauded.

And thanks to everyone at Barrow for a cracking away day. Lovely staff on reception, light-touch stewarding, police up for having a laugh. Good luck for the rest of your season. #avfc

At a time when 6 clubs wanted to run off an join a super league and destroy the football pyramid it is nice to see as founders of the Football League #avfc remain committed to it. Money doesn’t buy class but it does protect football clubs.

Saw plenty of Villa fans saying they hoped we would do this. Glad to see we have. Think most of us are a little bit BAFC now. Good luck for the rest of the season.

Use some of it to fix that light 😉 seriously though I'm so proud to be a Villan right now with this gesture. Enjoy! UTV

How every Premier club should act when playing lower league clubs. Its helps so much and protects the lower leagues from financial issues. Hats off Villa

Brilliant gesture and what a fabulous football club. Respectful , friendly fans. A credit to football. @AVFCOfficial . Good luck in next round!

Well done @AVFCOfficial a great gesture. More of that from the PL clubs, please.

We created the football league we'll never forget it 👌🏻

Absolutely tremendous gesture from @AVFCOfficial ,thank you so much 👏 👏💙#BAFC