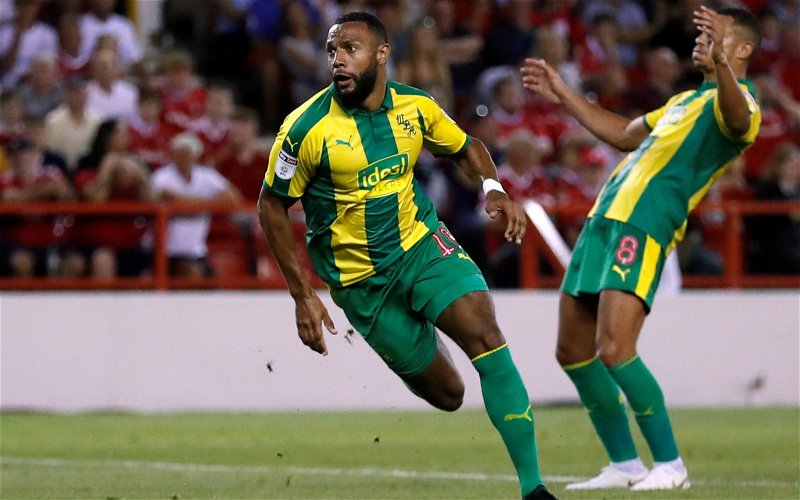 Reports on Monday suggested that Aston Villa head coach Dean Smith was after another winger and this time it came in the shape of West Bromwich Albion’s Matt Phillips.

The 28-year-old versatile attacker has had injury problems in recent years at the club, but as they got themselves to the Play-Off Semi-Final stage last year in the Championship, falling at our hand, the Scottish international did chip in with five goals in 35 appearances for club and country last season, despite some time out as he battled back to fitness.

It seems Football Insider were the first to credit us with having an interest in the player and given how key he is for them, added to the fact he’s into the final 12 months of his contract, I can only presume the real lead here is getting him for a decent fee with a view to profit down the line – as otherwise, I’m not so sure we’d be in for another wide player.

It seems plenty of fans are keener on the deal than me, presumably with an eye to getting Andre Green out for a decent spell in the Championship, but there were plenty who were quick to rubbish the idea as well.

I don’t understand the bad reception to this he’ll be cheap and is a baller. Only problem is his injuries

My wife will be happy.. She’s a Baggies fans and loves Matt Phillips ????. (Working on turning her to the Villa side)

Ok so we just buy Matty Phillips who doesn't fit dean Smith's ethos or blueprint. Can't see it being true and hope it isn't but if it happens it is what it is

Would rather we kept Green as back up for wide positions.

Is this a joke

I’m assuming Andre Green will be loaned out if we do go for him. Will be alot cheaper option than Benharama too. GK + CF are needed.