He Came, He Saw, He Left – Another Decisive Villa Decision Should Be Welcomed 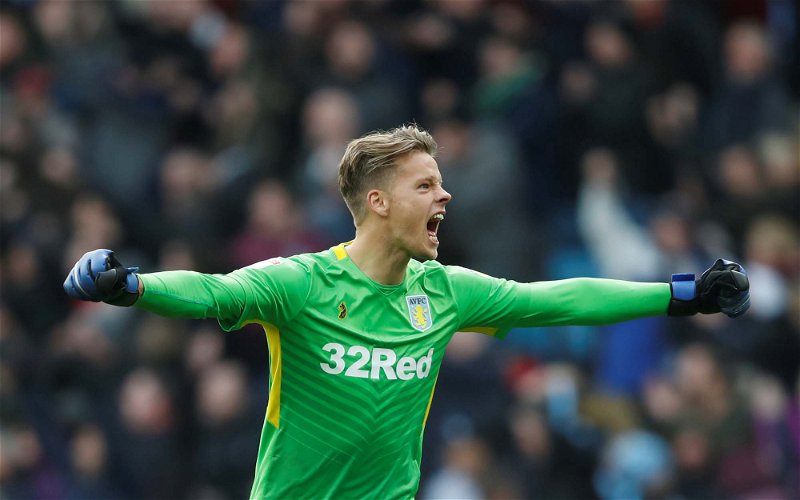 Following on from Sunday evening’s historic 7-2 victory over Liverpool, Monday night was the all important international transfer deadline window, and unsurprisingly, Aston Villa were pretty quiet – but we did see the departure of goalkeeper Orjan Nyland.

Following on from Jota’s mutual contract termination the other day, the 30-year-old Norwegian stopper has followed suit and he’s left B6 as a free agent.

Having come into the club for an undisclosed fee from FC Ingolstadt in the summer of 2018, Nyland unfortunately had a very mixed time with us.

We weren’t in great shape ourselves defensively and as he adjusted to our game he made plenty of mistakes and lacked confidence, and then injuries hit. He was better on his return but with many minds already made up, seeing Tom Heaton, Pepe Reina and now, Emi Martinez arrive – it was only a matter of time before Nyland (no doubt Lovre Kalinic as well) moved on.

He departs with 36 appearances to his name, the last of which came in the EFL Cup this year against Burton Albion and he, of course, played his role in our run to Wembley last season where Leicester was probably the stand out showing.

I imagine most will happily wish him well, we saw how good he could be, just not consistently enough.

For Villa, well, we aren’t messing around this season are we. It’s good to see.