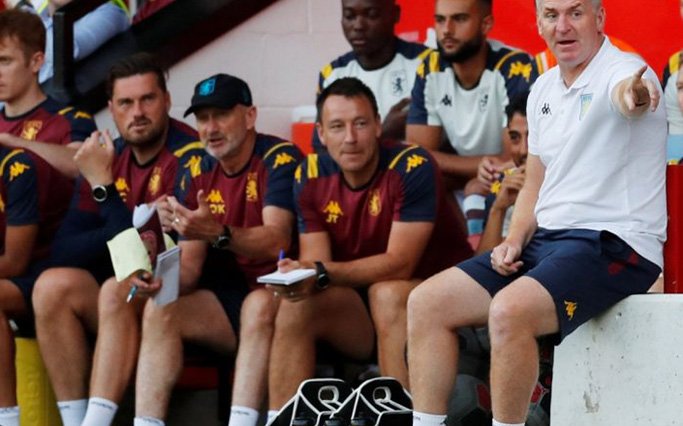 We all knew that it was key that Aston Villa strengthened sensibly again this summer after our 2019/20 splurge on quantity, but few would’ve overly picked out the goalkeeper position with plenty of fans being willing to see Jed ‘The Stare’ Steer get a proper shot now he’s fit again.

If anything the only eyes on the goalkeeping unit would’ve been the departure of Orjan Nyland or Lovre Kalinic – or possibly both.

So when we were linked with Arsenal stopper Emi Martinez there was a sensible mix of both excitement given the campaign he had, and also some confusion when it came to what would happen with Tom Heaton moving forward when he recovered from his Anterior Cruciate Ligament injury.

With plenty of pundits suggesting our England stopper would now be looking to move on and implying that Martinez’s signing would cause problems behind the scenes, head coach Dean Smith spoke to the Express & Star ahead of Monday’s Premier League opener against Sheffield United, and explained.

“These opportunities don’t come around very often. Emi is a player who finished the season really well with Arsenal, winning the FA Cup and Community Shield. He’s a very good goalkeeper who was well thought of at their football club, but he wanted to play regular football. I had a situation where I had an opportunity to get a goalkeeper of that calibre to start the season with us. We’ve managed to get it over the line and sign him.”

As for the Heaton issue.

“The estimate is that Tom will miss the first three games but again, he’s still not training yet and I couldn’t take the risk of a 34 year old coming back from an ACL injury returning on that date that we all expect him too. We decided to move quickly for another goalkeeper but I also kept Tom Heaton in the loop with what we were doing and kept him informed.”

Rather than it overly being a problem, the club will be wanting as many games per year as possible as we kick on, so having two solid No 1’s to rotate amongst competitions should see each getting good game time moving forward anyway.

Martinez’s debut was certainly a positive, so him and Heaton pushing each other all the way can only be good for all concerned.