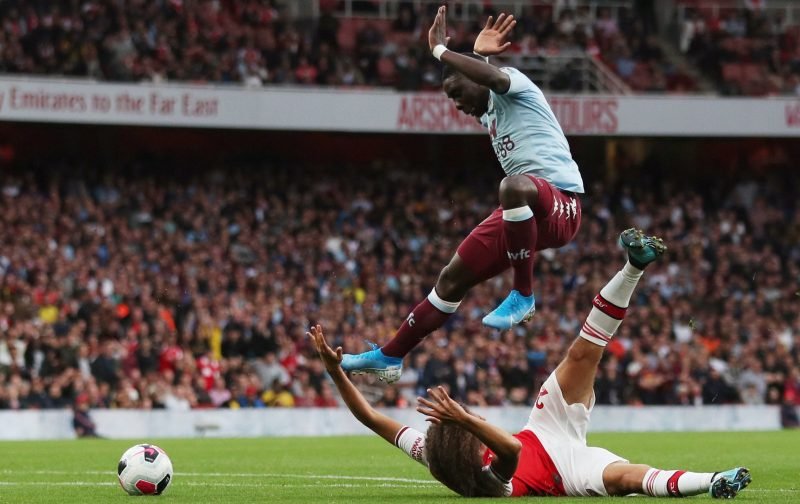 Although Saturday’s Premier League clash with Liverpool at Villa Park ended in disappointment and frustration, most Aston Villa fans will surely be taking the positives from the game given how tough we made Jurgen Klopp’s Champions of Europe battle for the points.

A 2-1 defeat, knowing full well that we were deserving of a point on the day, was far more than most expected if they are being honest…we simply wanted a performance going into the game and we sure as hell got that.

Plenty of players post-game took the praise for their individual efforts on the day and we saw plenty of improvement from the likes of Trezeguet and Matt Targett, but one player to certainly take the praise was Zimbabwe international midfielder, Marvelous Nakamba, who certainly stood out in the middle of the park.

It’s easy to see why so many fans felt that it was his best performance yet.

Today we went toe to toe with the European champions, everyone put a shift in
Nakamba man of the match for us and a shout out to big Wes!, was superb today, akso Trezeguet, he gets better, great performance from him, Gutted but we will be fine
UTV #AVFC

A loss was expected today, but we gave them a real go and conceding so late is devastating. The work rate from players like Nakamba, Trez and Wes was incredible. Certainly a better result than last time we played Liverpool at home. Very quiet fans though. #AVFC

What a signing Nakamba is turning out to be. He was outstanding today. If he carries on like that he'll become a target for the big boys. High quality holding midfielders are worth their weight in gold in the modern game. @AVFCOfficial #avfc

Some big performances today but special mention to Marvelous Nakamba – he was more than marvellous, he was outstanding! What a player he’s turning out to be for us! #AVFC

I thought the wingers were amazing today they both kept going until the end. What a player Douglas Luiz is.

Devastating result for #avfc today but to be fair a very good performance and a shame we couldn't take anything away from it. Trez & Nakamba stepped up today. Looking forward to the next game ????