Villa Draw Barrow In Wheely Good Cup Tie, Confident We Can Tip Them Out In Round Two 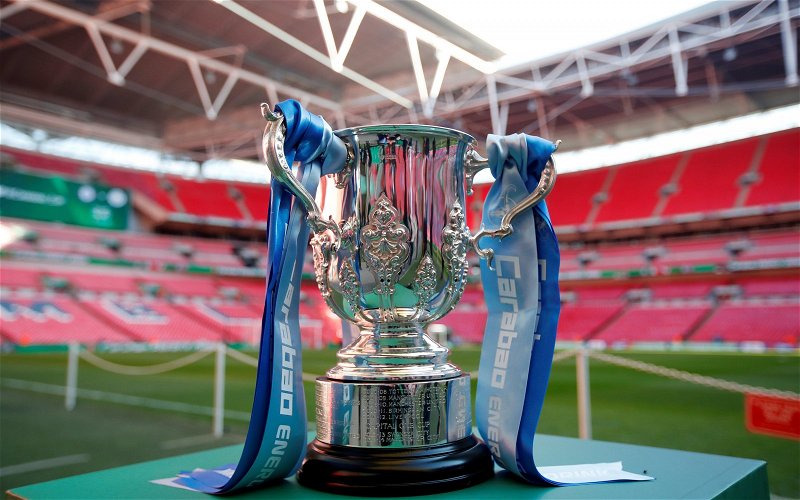 With Saturday and our big Premier League kick off against Watford edging ever nearer, Aston Villa fans know the season is truly upon on as we now know our first opposition in this seasons EFL Cup – we face Barrow in the second round.

Our #CarabaoCup journey will begin against Barrow. 🏆

Following the midweek first round fixtures, the draw for the second round took place yesterday evening, and League Two side Barrow will be a fantastic early opportunity for head coach Dean Smith to lean on some of our talented youngsters and give them minutes early on in the campaign. It should also be well timed to get Leon Bailey extra minutes, as well as whoever else we bring in before the window ‘slams shut’.

Second round fixtures will take place in the week beginning Monday, August 23 and we have been drawn away from home, so everybody get the maps out and look for Holker Street and then shake your head as that’s a mental trip for a midweek game!

Barrow reached the second round with a 1-0 victory over Scunthorpe United, courtesy of a Dimitri Sea overhead kick – yes that Dimitri Sea who was with us between 2017-20 before we released him from our youth setup. This will be the first competitive game with Barrow, but a certain Peter Withe was the last man to play professional football, who had also played league football for Barrow.

The tie should take place about a week before the Big Man’s birthday, so that gives the game an extra element.

Is This Villa's Year?

No, Not Just Yet

Villa fans on social media seem in fine spirits about the draw, even if it’s a hell of a journey.

Who are they and where are they ?

Brilliant. Just glad it’s someone other than Burton for once

Take us back to Wembley lads 💜

That should be wheely good.

Can we win it pls

My old man said be a Barrow fan and I said, in Furness dad I'd rather follow the Villa…

Wheel need to be at our best

Journey being the key word

When Villa legend Peter Withe played for Huddersfield Town in 1990, he was the last footballer still playing professionally who had played League football for Barrow. Now @BarrowAFC and @AVFCOfficial will play each other in the @Carabao_Cup, one week before Peter's 70th birthday. pic.twitter.com/sDDOJOhXQi