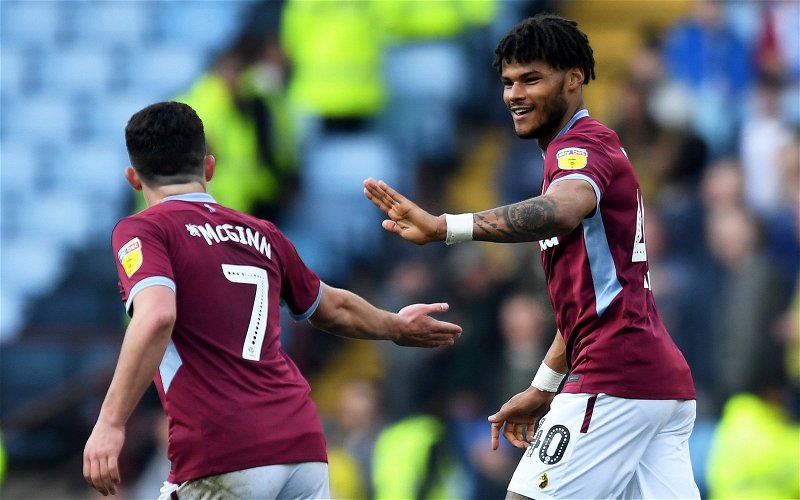 With the Premier League season set to resume on 17th June, Tyrone Mings had attracted plenty of publicity in the past couple of days for some comments he made in an in-depth interview with The Mail on Sunday.

In the interview with Oliver Holt, the stand-out quote which has been widely used across social media is that Mings feels players are “commodities” in the “financially driven” desire to resume the football season.

Mings does indeed say that and one could be forgiven for finding such observations a bit rich when footballers, particularly Premier League players, are happy to take advantage of the riches and benefits in the good times but have appeared reluctant to subject themselves to the financial restraints millions of their fans have had to endure during the Covid-19 pandemic and lockdown of the past couple of months.

But it’s important to take what Mings said in the context of the whole interview. While rightly opining that the restart was driven by money (as it should be – football is an industry like any other and needs to be functioning in some capacity to preserve jobs for those involved), Mings readily admitted he was happy with the situation.

“As players, we were the last people to be consulted about Project Restart and that is because of where we fall in football’s order of priority. That isn’t a problem. We are commodities in the game and we accept that.

Project Restart is financially driven. I think everybody accepts that. But that’s fine with me because I look at this monster that is Premier League football and the revenue it creates and I didn’t moan about being a part of it when everything was great so I’m not going to moan now when the atmosphere around the game is more hesitant.”

Mings’ observations have provoked plenty of debate. On one hand, he’s only stating the obvious and absolutely has the right to his opinion on the matter. While his comments may be construed as complaining that players are being railroaded into restarting the season, I think it’s pretty clear from the full quotes that he accepts that he has made his bad and is fully prepared to lie in it.

But on the other hand, the out-of-context quotes do suggest someone bemoaning the fact that he feels that the players have been given short shrift and that if the authorities deem it to be safe, then the season will indeed resume. In short: you are an employee like millions of others, and if you don’t like, then you have a choice.

I don’t think it’s quite that simple. Players are not employees in the generally accepted sense of the word – they are more akin to contractors who have individually negotiated their own arrangements with their clubs.

I don’t think Mings was out of order in what he said. He made a legitimate point about money possibly trumping safety, or at the very least, caution. And even then, he accepted that footballers would be as protected as possible:

“It is potentially one of the safest environments and safest industries we could be going into. There are a lot of people in the country who are in a lot worse situations than us. We will be tested regularly but I know that testing isn’t a vaccine… going to work every day is increasing your risk but the world has to get back on its feet at some point.”

The projected Premier League restart is still over two weeks away and plenty can change in that period. From this week, many schools, shops and markets around the country are re-opening, and we will find out soon enough if we’ve eased the lockdown measures too soon.

Millions of people have been making huge sacrifices since this began and they will continue to do so whatever happens in the near future. Footballers are certainly no more important as any other type of worker and shouldn’t be protected as such. But when the UK as a country is still posting Covid deaths in the hundreds (compared with double-digit or lower in the rest of Europe), I really don’t see the rush to get things going again.

I can’t help thinking that we are coming out of lockdown far too early – schools should not be going back for now and neither should we be in any hurry to resume professional sport. The cynic in me thinks that the driving force here is to deflect attention from the government’s mismanagement of the pandemic, but that’s a discussion for another time and place.

I’d far rather we cancelled the football season now and spent the next few months planning for and ensuring that we are fully prepared for next season (whenever it is safe to commence) in terms of the health and safety of all stakeholders in the game.