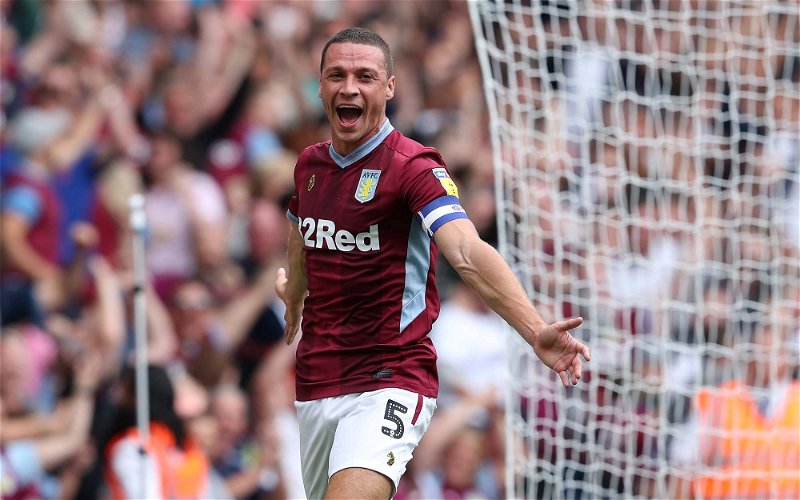 With speculation earlier this month linking Aston Villa skipper and centre-half James Chester with a potential switch to the Championship, amidst some MLS rumours, earlier on deadline day, the club confirmed that he had secured a loan spell out with Stoke City.

James Chester has joined Stoke City on loan until the end of the season.

All the best, Chezzy! 👊#AVFC

Stoke were amongst the clubs mentioned as the rumour mill got itself into gear and it should be a good opportunity for the 31-year-old to get some good game time and prove his fitness following the serious injury he gave himself playing through the pain barrier in the first half of last year.

I think most fans had accepted he would likely be off this month, having only featured twice for head coach Dean Smith in the 2019/20 campaign, and whatever his future holds, he’ll continue to have a warm place in the heart of Villa fans for his efforts in our colours in previous years.

Plenty of fans on social media were quick to express their regret at the decision to let him go for the second half of the year, but that simply shows the esteem he’s held in.

Bring him back immediately

All the best legend ❤️💙

Thank you for everything captain ❤️

This has been me all day! I'm so gutted he's going, but if it's right for him, we can't stop him, we've done enough damage to his career already.
Chezzie you are an absolute Villa icon & your sacrifice will never be forgotten. All the best, hope to see you back in 💜💙 one day. pic.twitter.com/3wKjH89X1h