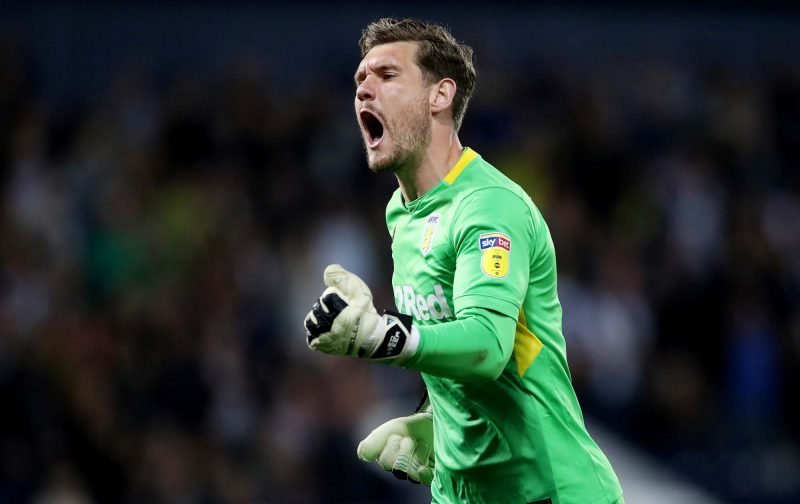 On Thursday afternoon, Aston Villa confirmed that Play-Off winning goalkeeper Jed Steer had now signed a new four year deal at the club as he completes a total turnaround at Villa Park.

Having been out of favour and untrusted given his earlier injury issues, he was sent to Charlton Athletic at the beginning of the year, but with injury hitting Orjan Nyland, Steer was quickly recalled from his loan spell and we also added Lovre Kalinic to our ranks.

After a shaky start Kalinic lost his place through injury and Steer definitely stepped up to make the position his own and all summer, with links to fellow goalkeepers Jack Butland and Neil Etheridge, the question was which of Nyland or Kalinic would be moving on.

With speculation suggesting Kalinic, I think this proves head coach Dean Smith has his No 1 amongst the current group.

Speaking to the Official Site after penning his new deal, Steer was relishing his shot at the Premier League.

“It’s great to have extended my contract. I’ve been here since 2013 and staying here is something I’ve always wanted to do. I’m really happy. Last season was brilliant – the lead up to the Play-Off Final was fantastic. To get promoted and then sign a new deal was the target and I’m thankful to have been able to do it. When I got told last August I could go out on loan I thought that was my Villa career probably over. To be sitting here now and about to embark on the Premier League with Aston Villa is something I couldn’t have imagined. I’m over the moon.”

Let’s hope he seizes the chance with both gloves as he’s certainly had to be patient!